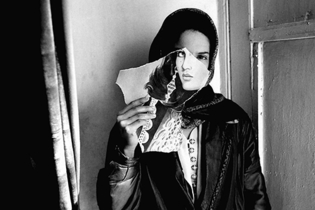 After the Soviets withdrew their troops from Afghanistan in the mid 1990’s, the Taliban emerged and ruled Afghanistan with very extremist Islamic beliefs, ruining Islam’s name. At first, the Afghans were thrilled that peace and order would finally come back to Afghanistan after years of Soviet rule, but soon they realized they were wrong. The Taliban began imposing various laws that violated human rights. Men and women had to dress a certain way, different hobbies were banned, and most importantly, women lost all of their freedom. They were no longer allowed to go to school, and it was difficult for them to even walk on the street without their father, brother, or husband with them. This affected women all throughout Afghanistan, including Nadia Anjuman. 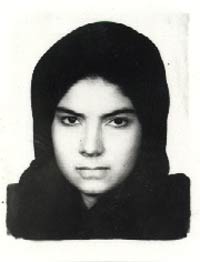 Nadia Anjuman was born December 27th, 1980 in Herat, Afghanistan. She was the sixth child of a big, loving family. In 1995, when the Taliban took over the government in Herat, women's rights disappeared and schooling was shut down. She rallied with other women and attended an underground school called the Golden Needle Sewing School, taught by Muhammed Ali Rahyab. Pursuing an education was dangerous because it risked imprisonment or even execution by the Taliban. This did not stop Nadia from learning literature and becoming a creative writer. In 2001 Afghanistan was liberated of the Taliban’s claws and Nadia was finally allowed to get an education. At 21 years old she applied and was accepted to Herat University where she studied Dari literature (literature written in Dari language, which is a different dialect of Farsi or Persian). While she was earning her degree in literature, she published a book of poetry called Gul-e-dodi, which means Dark Flower. Her poetry inspired many other women to also pursue their dreams in getting an education and becoming successful. It became popular not only in Afghanistan, but also in Pakistan, Iran, and more. One of her famous lines from a poem called Light Blue Memories was “the sound of green footsteps in the rain” which showed how we should stand up for the oppression of women, and that we should celebrate women and our accomplishments.

While many believed Nadia was an inspiration among young women in Afghanistan, other people were also bothered by her success. Her husband (Farid Ahmed Majid Neia) and his family were not supportive of Nadia’s career, but Nadia continued regardless. On November 4th 2005, Nadia had an altercation with her husband, and the fighting escalated into a beating. Farid beat Nadia until she was unconscious, and she passed away before she was brought to the hospital. Later, Farid confessed to an officer that he assaulted her, but he denied actually killing her. He claimed that Nadia took poison before she died. Although the evidence against Farid was clear, the Afghan court deemed Nadia’s death a suicide, and Farid spent only one month in prison. Soon afterwards, the United Nations condemmed the killing and confirmed that Farid had been charged with the murder of his wife. He is considered a disgrace to Afghanistan and Nadia’s poetry.

Nadia Anjuman’s legacy will not be forgotten, and within her short 25 years, she left a vast impact on Afghanistan's society. She was a strong, powerful woman who was a role model for girls in Afghanistan to stand up for their rights and follow their dreams.

Why Did I Choose to Research Nadia Anjuman?

I chose to research Nadia Anjuman because as an Afghan American myself, many people see me differently because of the way the media portrays Afghanistan. I want to help cure the stigma around Middle Eastern culture and for more people to be aware that our culture is beautiful and is not what most people believe it is.