Dr. Chieko Asakawa is a prominent inventor of software that aided those who had limitations and served a part in the development of accessibility technology. Dr. Asakawa’s innovations introduced an essential perspective to technology, as people with limitations experienced the Internet differently.

Dr. Asakawa was born on November 21st, 1958 in Osaka, Japan. She lost her sight after a swimming pool accident where she was training to become an Olympic athlete. After she lost her sight, Dr. Asakawa discovered that she had to relearn independence. With the help of her brothers, she re-learned how to read textbooks by listening to her brothers read aloud, and she went on to obtain a bachelor’s degree in English Literature at Otemon Gakuin University in Osaka, Japan. In addition, Dr. Asakawa also took a two-year programming course for visually impaired individuals after graduating. After becoming a notable innovator for accessibility technology, she eventually earned her Ph.D. in engineering at the University of Tokyo in 2004.

The surge of technology began in the 1980s, but Dr. Asakawa wondered why there were no books in Braille when there was technology for many other purposes. With this question, Dr. Asakawa began to develop a solution at the IBM Tokyo Research Lab. She created a digital Braille editor, digital Braille dictionary, and Braille forum network. Dr. Asakawa herself stated that the creation of Braille technologies came before electronic textbooks were used in modern-day society. This system gave users access to documents and books within Braille libraries through translating English to Braille, later including other languages and becoming an IBM product. Her inventions became widely used, allowing students with impaired vision to access a wealth of information they would not have otherwise. 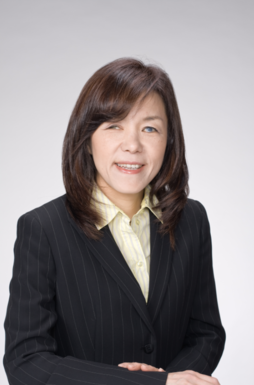 Dr. Chieko Asakawa continued to bridge the gap between people with limitations and access to technology during the spread of the World Wide Web and the Internet. In the 1990s, Dr. Asakawa saw this frontier and knew that people like her were going to need someone else to help them if they wanted to use the Internet. Dr. Asakawa saw that needing constant help when searching the web was a hindrance to the independence of people with limitations, so she sought to find a solution whilst continuing to work at IBM Tokyo Research Lab.

She created a plug-in for the browser that used text-to-speech technology in conjunction with mapping out commands with the keyboard number pad. This became known as IBM’s Homepage Reader. It was sold across the world, being translated from Japanese to 12 different languages. She also developed aDesigner, a disability simulation aimed to help web developers create accessible websites for people with limitations.

Presently, Dr. Chieko Asakawa continues her work in accessibility technology through the NavCog project in collaboration with Carnegie Mellon University and IBM Research in Tokyo. This project combines artificial intelligence, robotics, beacon signals, smartphone sensors, and smartphones to create a platform that navigates the user through their surroundings, items, and social interactions. The smartphone scans the item, person, or place, and gives verbal instructions about the item, the person’s expressions, how to navigate around the place, and more!

Dr. Chieko Asakawa’s work does not go unrecognized. She joined IBM officially in 1985 and is currently the Chief Technology Officer of Accessibility Research and Technology at IBM Research. Dr. Asakawa was granted the Medal with Purple Ribbon by the Japanese government in 2013. She was inducted into the United States National Inventors Hall of Fame in 2019, the Women in Technology International Hall of Fame in 2003, and received the highest honor from the Society for Women Engineers in 2010.

As a key innovator for accessibility technology, Dr. Chieko Asakawa stands with people with limitations and women, creating the base for widely accessible technology.

Why Did I Choose to Research Dr. Chieko Asakawa?

As an East Asian American, Dr. Chieko Asakawa took my interest when I saw her featured on an Instagram page that featured women in STEM. I was surprised that I never knew who she was despite the huge impact she had on technology. Reading her story, I felt empowered to research it on my own. Dr. Chieko Asakawa became an inspiration to me because I admire the accomplishments she has completed for people who are visually impaired. She inspires me to continue striving for change no matter the circumstances I find myself in.

Inductee Chieko Asakawa and the Invention of the Screen Reader. (n.d.). Retrieved from https://www.invent.org/inductees/chieko-asakawa

Women in Technology Hall of Fame. (n.d.). Retrieved from https://www.witi.com/halloffame/179651/Chieko-Asakawa-Group-Leader,-IBM-Tokyo,-Accessibility-Research-IBM/