Marion Almina Bills was born on July 5th, 1890 in Allegan, Michigan to Walter H. Bills and Martha Rood. She attended the University of Michigan and received her undergraduate degree in 1908. She then earned a Ph.D. in experimental psychology at Bryn Mawr College in Pennsylvania. During her time at Bryn Mawr, she was a student of Clarence Ferre and his wife Gertrude Rand who conducted research on visual processes and industrial lighting. Her research with the Ferres influenced Bills’ application of psychology to the workplace.

After completing her Ph.D. in 1917, she earned academic appointments at several universities. Bills worked as a professor at Miami University in Oxford, Ohio for one year. In 1918, she joined the psychology faculty at the University of Kansas as an associate professor. Bills then became a research assistant at the Carnegie Institute of Technology (CIT), now known as Carnegie Mellon University, in Pittsburgh, Pennsylvania. CIT was initially a program for training industrial psychologists, and Bills worked with Industrial/Organizational psychologist Walter Bingham in the areas of personnel selection and evaluation where she implemented analysis to hire the best candidates. Later, CIT was upgraded into a research center and renamed the Life Insurance Sales Research Bureau (LISRB). There, Bills was later appointed as the associate director of the Bureau of Personnel Research in 1920, directing operations and providing administrative support. 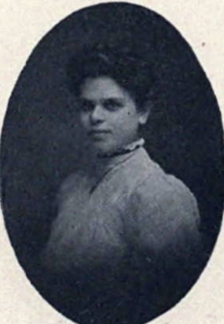 Bills relocated from Pennsylvania to Hartford, Connecticut where she worked as a consultant in employee selection and job analysis to improve organizational structures. Using her knowledge in experimental psychology, she conducted research in areas such as performance evaluation as well as employee satisfaction and motivation. In her research, she concluded that employees with high mental alertness perform well in careers with high demands but poorly in low-demand jobs.

Bills was also a writer who dedicated her time to publishing research and actively engaged in the academic community. In 1923, her work in employee retention of “relation of mental alertness test score to positions and permanency in company” was published in the well-known Journal of Applied Psychology and served as a guideline for employee placement in Industrial and Organizational (IO) psychology. Though women who contributed to psychology faced hardships during the early 20th century, she was one of the few women whose work was acknowledged by men in the growing discipline. As a result of her hard work, she was featured in James McKeen Cattell’s American Men of Science biographical directory on page 60 in 1921.

In 1925, after Bills parted ways with LISRP, she was hired by Aetna, a health insurance company, as its first female officer. She worked as an assistant secretary, but her tasks served purposes far more than simply performing clerical duties and scheduling meetings. As an assistant, she continued to conduct research in job classification, incentive uses, and the role of gender in job permanency. Bills began to publish more work in management journals as she attempted to broaden her findings and apply them into real world practices outside of research. Her article “An application of principles of the individual bonus plan to home office clerical work” focused on wage incentive programs and personnel selection was published in the Life Office Management Association journal. In 1940, Bills was awarded the Leffingwell Medal by the National Office Management Association for her contributions in IO psychology. 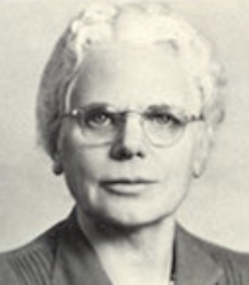 Aside from her occupations as a professor, consultant, and researcher, Bills was also heavily involved in organizations for Industrial/Organizational Psychology. For three consecutive years, she served as a secretary at the American Association of Applied Psychology (AAAP) which was an association that broke off from the American Psychological Association to represent applied psychology - the implementation of psychology to solve real-world problems. In 1951, Bills became the first woman elected as the president of the APA’s Division 14, Industrial and Business Psychology, now known as Society for Industrial Psychology (SIOP). She was the founder of Connecticut Valley Association of Psychologists where she supported the Connecticut Certified Psychologists Act and became the second president in 1945. She also held the first meeting in her hotel for Psychologists Employed Full Time in Industry, an informal group to discuss research in the workplace.

Marion Bills retired in 1955 after thirty years of working at Aetna. She never married, and in her later years, Bills was diagnosed with Parkinson’s disease, passing away at the age of 81 on June 13th, 1970. Her estate bestowed 2.3 million dollars to University of Hartford to fund the Marion A. Bills Scholarship. Her commitment to bridge the gap between science and industry was crowned with success as she strived to apply psychological research to the selection of employees and increasing work productivity.

Why Did I Choose to Research Marion Bills?

As an aspiring I/O psychology student, I feel that Marion Bills is a role model to me and has accomplished so much as a psychologist. In addition, her work in personnel psychology has paved the way for applying psychology to human resources management in organizations. I was truly inspired by her journey on obtaining an Ph.D. and becoming an IO Psychologist.