Anna Chandy was born on April 5, 1905, in Trivandrum, Kerala - one of the flourishing green states of India. Born into a Syrian Christian family, she lived in a matriarchal community and grew up strong and independent. Her father had passed away soon after her birth, so she and her sister looked up to their mother, who worked at a local shop to provide for them. She grew up and was married to PC Chandy, an inspector general for the police. Despite the matrilineal traditions of her community, the patriarchal influence around her was pressing; women were still considered possessions of men and jewelry of homes. After the queen of the region, Maharani (Queen) Sethu Lakshmi Bayi opened admissions for women in the Government law college in 1927, Anna enrolled for a postgraduate degree in law, and became the first woman in the state to do so. Braving the hostility of her male peers and fighting gender barriers every second, she received her post graduate degree in law with distinction in 1929. A brilliant mind, Anna passed the bar exam the same year and began her illustrious journey as a renowned lawyer fighting criminal law cases. 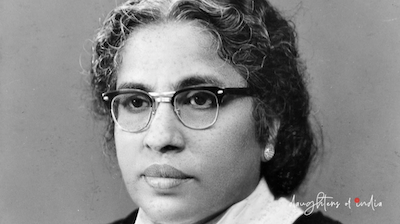 With a passion for equality and non-discrimination burning inside her, Anna began to fiercely advocate for women’s rights. She created a magazine called ‘Shrimati’ in 1930, which broadly discussed inequalities that women faced, and stood for the eradication of the deeply rooted misogyny and patriarchy in the country. The magazine discussed issues such as low unreasonable wages for women who were working in farmlands, and the right to widow remarriages.

She wanted to change the patriarchal system of the country from within, not just fight against it from the outside, so Chandy stepped into politics in 1930. She decided to stand in the elections for a seat in the elected representative assembly of the state, but was met with contempt and detestation. There were smear campaigns, unfair propagandas, and extreme methods taken against her to ensure that she would not be elected. She stood through it all and ran in the elections again the next year. She won a seat in the assembly this time for a period of 2 years, from 1932 to 1934.

After a narrow-minded remark was made about how women shouldn’t be employed in the government, Anna made a clear-cut statement that opened minds to the need for equality. As women were still considered inferior to men, she fought for the need of the time: reservation for women in government jobs. Her voice and actions led to the abolition of the statute that prevented women from working in government jobs. She was one of the first women in India to fight for women reservation.

In the early 20th century, when males were synonyms of power, dominance, and respect, Anna raised questions against inequality. Her questions were against the law exempting women from death penalty and against the law which allowed men conjugal rights without their wife’s consent. A strong advocate for women’s bodily autonomy, she spoke up that a woman’s body belongs first and always to herself. 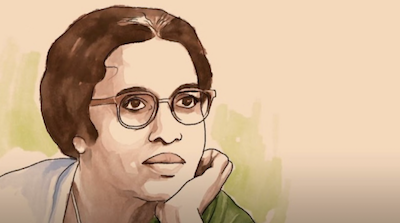 By 1937, she had become a renowned name and that year she was appointed as the first lady munsif (lower court judge) by Sir CP Ramaswami Iyer, the then prime minister of the state. This position brought in more opportunities for her to make lasting changes in favour of equality, but it also came with the heavy responsibility of always making the right move so as to disprove the degrading notion that women made illogical emotional decisions. She realized this responsibility and admitted her trepidation for her role as the first Indian female judge in a speech. Her words were: “I must admit that I was not free from trepidation when I first stepped up to the Bench. However, what was foremost in my mind was a fierce determination to make a success of this experiment. I knew I was a test case… If I faltered or failed, I would not just be damaging my own career, but would be doing a great disservice to the cause of women.”

Her position in the lower court built the way for Chandy’s appointment as the first female district court judge in 1948.

On February 9, 1959, Anna Chandy changed history by becoming the first female high court judge of India as well as the whole of the (then) British commonwealth. She held this position until April 5, 1967, after which she retired. She later served as a member of the law commission of India.

She reflected back on her life and wrote her autobiography which was called, Aatmakatha, and was published in 1973. In 1996, she passed away at the age of 91.

A woman of conviction, Anna Chandy executed the arduous task of expanding the mindsets of conservative people in 20th century India. Dedicated to erasing the narrative that women are lesser than men, Anna withstood all the daggers thrown her way so that women of the future wouldn’t have to.

Why Did I Choose to Research Justice Anna Chandy?

I chose to research Justice Anna Chandy because the way that she stood through the onslaught of patriarchal pressure is really inspiring and, because I want to study law, her dream to become a lawyer resonated with me. Also, I chose her as a way to honour my Indian heritage.