“Let every woman ask herself, Why am I the slave of Man? Why is my brain said not to be the equal of his brain? Why is my work not paid equally with his?” Voltairine de Cleyre wrote, as she always did, for the working and oppressed members of society. Now regarded as one of the greatest anarcho-feminists of her time, de Cleyre adamantly believed that activism and anarchism did not belong in the parlors of the wealthy, but in the streets with the workers who received no compensation for their toil. 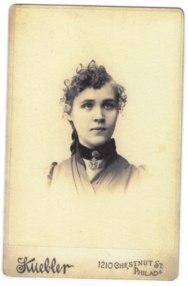 Born into an impoverished family in Leslie, Michigan on November 17th, 1866, just after the end of the Civil War, Voltairine de Cleyre’s youth was heavily influenced by the transformation that the United States was undergoing. With the replacement of agriculture by the Industrial Revolution, and working conditions becoming more laborious and oppressive, she realized from a young age that resistance was crucial to gaining equality for all people. Her father and grandfather, both inspired by the European Revolutions of 1848, encouraged her to strive for liberty and knowledge, even before she was old enough to attend school. When she was twelve years old, however, her father abandoned his anti-establishment ideology and joined the Catholic church. De Cleyre was sent to a convent in Sarnia, Ontario. There, she developed what was deemed “a disease of the nervous system,” which often left her bedridden, even as an adult. After four years in the convent, de Cleyre graduated with a keen intellect and an urgent desire for freedom. She was soon introduced to the idea of socialism, which she quickly took a liking to, as it was the first clear plan she heard that proposed to benefit the working class. However, when she considered how the state-driven function of socialism would suppress the unconditional liberation for which she fought, she renounced it entirely and began studying anarchism.

On May 3rd, 1886, two workers who were striking for eight-hour workdays were killed by police at the gates of a factory in Chicago, Illinois, where de Cleyre was living at the time. The next day, when workers and allies assembled to seek justice in Haymarket Square, a bomb was thrown into the line of police, killing seven officers and at least four civilians. Although there was little evidence as to who initiated the attack on May 4th, eight anarchists were arrested. Four of the suspects, George Engel, Adolph Fischer, Albert Parsons, and August Spies, were executed on November 11th, 1887. Like many civilians, de Cleyre was convinced of the men’s guilt and joined the cry for their hanging. “For that ignorant, outrageous, blood-thirsty sentence I shall never forgive myself,” she said in an address fifteen years later, “though I know the dead men would have forgiven me ... But my own voice, as it sounded that night, will sound so in my ears till I die, a bitter reproach and shame.” Until the Haymarket affair, de Cleyre had trusted in the impartiality of the justice system, but the unfair trial and execution of the workers in Chicago compelled her to reconsider. Influenced by the reactions of other anarchists, de Cleyre quickly acknowledged the crushing dominance of the government and adopted the title and purpose of an anarchist. 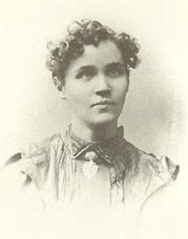 As a skilled poet, writer, lecturer, and linguist, de Cleyre was determined to aid and defend the proletariat in every area of her life. She taught English to immigrants in Philadelphia, New York, and Chicago, wrote for various magazines and papers, composed poetry, gave lectures, and raised funds for her comrades fighting for revolution in Mexico. Her efficiency, even in times of affliction, was astonishing to all who knew her. Nearly every public appearance provoked a decline in her health, sometimes incapacitating her for several days. Nevertheless, she continued to teach, write, and fight for the equality of sexes, races, and classes. In 1902, a pupil of de Cleyre’s, a man named Herman Helcher, marched onto a platform while she was delivering a lecture and attempted to assassinate her. Although he failed, de Cleyre sustained multiple bullet wounds. She refused to press charges against her assailant, however, as it was contradictory to her morals. Because of the attack, her health was significantly impaired once again. Although she still managed to work, she was rapidly losing strength during the last years of her life. In June of 1912, she died at the age of 45, resulting from what has since been speculated to be septic meningitis. She is buried next to the martyrs of Haymarket Square in Illinois.

“I die, as I have lived, a free spirit, an Anarchist, owing no allegiance to rulers, heavenly or earthly. Though I sorrow for the work I wished to do, which time and loss of health prevented, I am glad I lived no useless life,” de Cleyre wrote in an unaddressed letter that was found long after her death. Historian Paul Avrich described Voltairine de Cleyre as “a brief comet in the anarchist firmament, blazing out quickly and soon forgotten by all but a small circle of comrades.” However, through her surviving published works and her pupils, she is still regarded as one of the most important anarchists of nineteenth and twentieth century America.

Why Did I Choose to Research Voltairine de Cleyre?

Voltairine de Cleyre’s approach to life, which is founded in love for all people and a true desire for equality, caught my attention when I first read about her. Her writings, too, which are just as relevant now as they were when she wrote them, contain a rare level of poetry for political writings. The amount of artistry in her work is a testament to just how dedicated she was to her cause and how hopeful she was that things truly would change for the better.