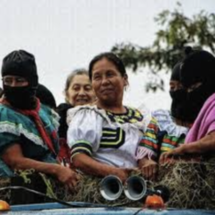 María Gloria Benavides Guevara was born in January 1955 in the Mexican city of Monterrey, Nuevo León. Her exposure to leftist movements began in her teenage years at the Faculty of Medicine. Movements such as the Communist Youth of Mexico and the University Cultural Work group radicalized young Benavides and she promptly joined the Forces of National Liberation (FLN), a leftist insurgent group that operated mainly in Nuevo León. Joining this organization catalyzed her dedication to social movements, and she frequently gathered with peasants to organize in secret and educate themselves on governance and social issues. She was among the non-Indigenous founders of the Zapatista Army of National Liberation, more commonly known as the Zapatistas or the EZLN.

Established on November 17, 1983, the Zapatistas sought to create a multifaceted and intersectional community independent of the Mexican government. Their action-based initiative propelled their mission to states such as Veracruz, Tabasco, and Chiapas. They operated first and foremost as an independent community that championed indigenous autonomy in the jungles of Chiapas. The history of Chiapas for womxn, indigenous groups, and mestizo/as (mixed race people of both European and Native American descent) was a story littered with abject poverty and abuse. In this society, men were the official breadwinners whose accomplishments were parasitic on unpaid female labor; there was a clear separation of home and work, domestic and productive. The Zapatistas consequently made womxn’s liberation an integral part of their agenda. This declaration required the tireless efforts of thousands of womxn who joined their support base, including that of Benavides

When Benavides joined, she adopted the nom de guerre “Elisa” to protect her identity from the government. The Zapatistas did not formally establish leaders because all decisions were decided in community meetings, but Elisa’s commitment and hard work was noticed by the community. She was promoted to the position subcomandante, or sub-commander. In 1974, the government raided her house and arrested her for anti-state organizings, though it is unknown why as they did not have a warrant. She was jailed, while her husband was killed in the assault. 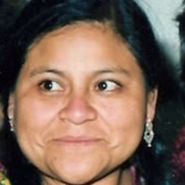 After her release, Benavides returned to the Zapatistas and worked for social reforms. In the early 1980s, she was a translator for Catholic peasants in Chiapas and helped negotiate relations between the locals, the Zapatistas, and the Mexican army. She also worked as a translator in the Lacandon Jungle within different indigenous groups, and between indigenous communities and the rest of society. The Zapatistas had transitioned from violent revolution to peaceful vigilantism, centering themselves around issues of native sovereignty living conditions. As the Zapatistas gained strongholds in Chiapas, Benavides helped establish health and educational programs for marginalized communities. In the mid 1980s, she met Javier Elorriaga, a journalist and fellow revolutionary who would soon be her partner.

In 1992, the Zapatista committees passed the “Women’s Revolutionary Law,” a declaration with ten non-negotiable demands seeking to address womxn’s low literacy rates and high mortality during childbirth. Though it is unclear Benavides’ specific contribution, it is one that she supported from its roots, along with other female leaders such as Comandanta Esther and Comandanta Ramona. The Zapatista’s emphasis on female activism under the indigenous banner became the starting point for several other non-governmental organizations, such as the Center of Women’s Rights of Chiapas

Benavides moved to Mexico City with her newlywed, Elorriaga, in the 1990s. Though it is not known why she moved, it is possible that she left the Zapatistas because she struggled to balance leading the guerrilla movement with being pregnant and a new mother at the same time. However, her connections continued with the revolution. In an interview with the National Autonomous University of Mexico, she described herself as a Zapatista soldier, and in an interview with leading newspaper El País, she said she was not officially in the movement but wanted to advise them in future negotiations.

Benavides was arrested again on February 8, 1995, on charges of rebellion, terrorism, criminal conspiracy, and possessing unauthorized weapons. This arrest was ordered by President Ernesto Zedillo Ponce de León, whose February crackdown on suspected members of the EZLN inflamed tensions and were declared violations of Mexican and international human rights standards. Many detainees still remain in jail for rebellion and sedition to this day. Benavides reports that the police prevented her from sleeping and coerced her to sign unread papers by threatening her son Vincent. Elogiarra was detained the day after Benavides and sent to Cerro Hueco Prison, where he was forced to sign a statement he did not read. 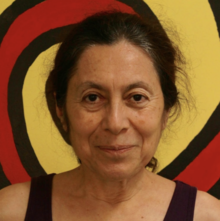 The Zapatistas withdrew from negotiations until many of the wrongfully jailed were released. Investigations revealed that the raids had incredibly questionable justification—there were no warrants and the witness who reported a burglary also reported a false street address. Furthermore, prosecutors claimed Benavides and Elogiarra possessed insurgent documents, but they were revealed to be regular political news updates. On November 1, 1955, Benavides was acquitted of all charges and she left prison on bail. Her husband soon joined her to recraft their lives in Mexico City.

Though she no longer goes by Subcomandante, she now has the title of Dr. Maria Gloria, a professor and community organizer. She earned her doctorate in anthropology from the Center for Research and Higher Studies in Social Anthropology and is currently a professor of Spanish and Mexican culture at the Autonomous University of Social Movements (AUSM). The AUSM is an alternative education program under the Mexico Solidarity Network, which focuses on Mexican social movements and their impacts. Benavides also teaches at the Zapatista Center for Mayan Languages, continuing her support for movement and indigenous groups.

Her contributions towards social equality have been essential to the Zapatista’s success, despite the government’s censorship of the movement, as she continues to educate the next generation to fight for the same rights.

Why Did I Choose to Research Commandista Elisa?

I first heard about the Zapatistas group at debate camp while researching the morality of armed revolutions against oppressive states. I thought what the Zapatistas fought for was certainly noble and I wanted to learn more. I discovered Comandista Elisa and learned about how women leaders like her created entire villages and communities where men and women were equal. I wanted to learn more about her history, so I chose to write about her for this iFeminist article.

Sol‌oman, Joel, and Sebastian Brett. TORTURE AND OTHER ABUSES DURING THE 1995 CRACKDOWN ON ALLEGED ZAPATISTAS. Feb. 1996, www.hrw.org/reports/1996/Mexico1.htm.

‌Weires, Gina. "The Impact of the Zapatista Movement on Women's Rights in Chiapas, Mexico." Clocks and Clouds 1.1 (2012). <http://www.inquiriesjournal.com/a?id=1621