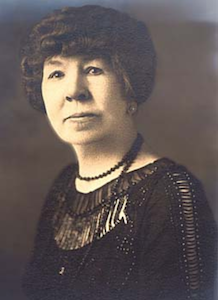 Clara Shortridge Foltz was born on July 16, 1849, in Milton, Indiana to Talitha and Elias Willetts Shortridge. Prior to the Civil War, the family relocated to Mount Pleasant, Iowa, where she attended a mixed-gender school.

At the age of 15, she married the Civil War veteran Jeremiah D. Foltz. They had five children together, and the family relocated to San Jose, California. Foltz ran her own sewing business, but the police took her machine to pay off her husband's dues. This event fueled her passion for women's rights, as she was outraged that no one would defend her in this case. Her husband eventually abandoned their family along with all the money. During this time, she made a living as a pro-rights women's speaker.

Her father, who was also an attorney, inspired her to become a lawyer. The struggling mother expected to make a good living from her new job and the path to becoming an attorney was very different to the Bar exam we know nowadays. She had to study law by working as an apprentice lawyer, and after being rejected as an apprentice by a family friend, she shadowed another of her father's friends. Following the completion of her apprenticeship, she faced the challenge of the Bar exam. Only white men over 21 years could take the State Bar exam. Foltz, with the assistance of Laura de Force Gordon, a local newspaper editor in California, drafted the Woman's Lawyer Bill, which was approved by state legislatures on March 26, 1878. On September 5, 1878, she became the first woman admitted to the California Bar after a 3-hour oral exam. Nevertheless, Clara and her friend Laura were denied admission to the University of California’s Hastings College of the Law in 1879. Consequently, Foltz and Gordon sued, and the case gained national attention; the two women won the case, but were unable to attend due to financial constraints. 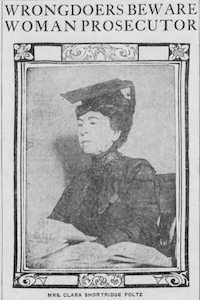 In 1893, she began her career as a public defender for those accused of a crime but unable to afford a lawyer. Foltz was also a driving force behind the parole system that was implemented in California 20 years later. She was a vocal critic of the district attorney's swift convictions. During her fifty-year legal career, she practiced in numerous areas, including probate, criminal, and family law. Among her notable cases is that of Newman v. Smith, which involved property purchasers who promised a woman that her home would be converted into a religious center if she sold it, but it was instead sold to a business. Despite losing the trial, she won the recession. Foltz v. Cogswell was a fight for her own career and the debate over using legal fees to establish her own career, which she won. Among her reforms was the removal of iron cages used to confine defendants during trials in San Francisco. In addition, better treatment within the jail separates juveniles and adults. 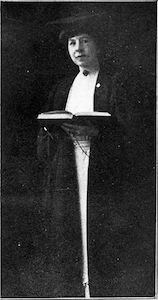 In 1880, she advocated for legislation that would give women a vote in in-state school elections. This act was not passed, but she was regarded as a hero by many. Foltz also played an important role in the women's suffrage movement for thirty years. From 1881 to 1894, she served as President of the California Woman Suffrage Association. In 1911, she drafted a suffrage amendment, which was later approved as a result of her advocacy efforts. She wrote an article on how World War I diverted attention away from the suffrage movement in the New American, a newspaper she worked with between1916 and 1918. The newspaper was also used to persuade women to join the equal rights movement, and had a long-term effect on society.

Prior to her death, she was the first female clerk for the State Assembly's Judiciary Committee in 1880, where she advised the speaker and interpreted information. Foltz was also the first woman appointed to the State Board of Corrections, which assisted in the training of probation officers when dealing with juveniles and adults. Foltz was appointed assistant district attorney in 1911 and served for two years.

Unfortunately, her fight for justice was cut short when she passed away on September 2, 1935, at the age of 85, from heart failure. Following a student request, UC Hastings awarded Foltz a J.D. posthumously. The Clara Shortridge Foltz Criminal Justice Center was also established in her honor in recognition of her criminal justice advocacy, transpiring her timeless legacy.

Why Did I Choose to Research Clara Shortridge Foltz?

I chose to write about Clara Shortridge Foltz because of my curiosity on her experiences as a woman and what she did to overcome them. It was also amazing to see how she carried herself outside and inside the courtroom, as well as the steps she took to ensure her message was heard loud and clear. Foltz's work is widely used today, particularly in the criminal justice system.

A fascinating fact about her is that she regretted devoting so much time to her legal work and wished she had spent more time on the suffrage movement.