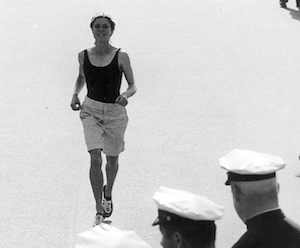 Roberta “Bobbi” Gibb is famed for her defiant participation in the 1966 Boston Marathon, where she completed the course’s route of 26.2 miles and became both the first woman to have started and the first to have finished the race. Her actions stood starkly against what was believed to have been physically possible for women at the time, and opened the doors for many generations of female distance runners to follow in her footsteps.

Bobbi Gibb was born on November 2, 1942, in Massachusetts. She grew up in the towns of Winchester and Rockport and attended an art school in her home state for college. Her education followed where her passions went, taking her everywhere from the School of the Boston Museum of Fine Arts, where her work in sculpture was greatly admired, to the University of California, where she obtained a bachelor’s degree in mathematics and pre-medical studies a few years after her famous race. She later earned a second degree in law in New England after being refused entry to medical school because of her gender. 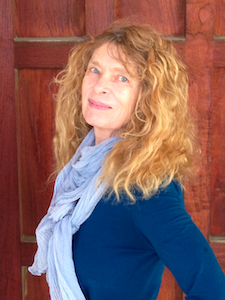 Her love for her family was great, and Gibb cherished her role as a mother, even on top of the many other parts she played throughout her career. “The best thing I ever did was to have a child. It’s the most wonderful, loving, satisfying thing in the world” (Gibb, 1966). She is still happily married to William Bingay, a fellow endurance runner.

The impact on the global running community from Bobbi Gibb’s 1966 marathon was instant, and her timeless legacy began from that moment. As spectators watched the runners go by in Boston and began to realize that one of the participants was, in fact, a woman, they were stunned. The shock quickly turned into admiration, as students from nearby Wellesley College, a historically women’s institution, caught news of Gibb’s effort and rushed to cheer her on. Gibb’s run had transformed from a defiant response to the race director of the Boston Marathon - who had denied her application to race as a woman and forced her to sneak onto the course to unofficially participate - into a rallying call for all athletes to stand boldly for the activities they loved, regardless of their gender background.

After her historic race, Gibb continued to remind the next generation of female runners about the opportunities possible when armed with bravery, drive, and persistence. Her talents in fine arts translated into her successes in athletics, working to erect a sculpture that would memorialize her efforts as well as all of the races run by those who followed her. This masterpiece was unveiled in October of 2021, depicting a life-sized bronze replica of Gibbs herself, mid-stride as she raced towards change. 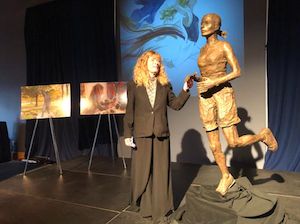 Gibb obtained a variety of awards recognizing her accomplishments both on and off the course. In the 1990s, she was nominated into the Road Runners Club of America Hall of Fame, joining an exclusive list reserved for the most influential American athletes. One of her novels, The Girl Who Ran, which shared the history of her time at the Boston Marathon, was awarded a position on the Amelia Bloomer Book List in 2018. This collection spotlights literary works deemed to be especially influential to young readers for their feminist ideas and empowering content.

Determined to prove that women were just as physically capable as their male counterparts, Bobbi Gibb's achievements as a runner in the Boston Marathon marked a new beginning for women in athletics around the world. She proved to fellow athletes, aspiring runners, and young men and women that the running community was a place where everyone could participate. In the years that followed her historic run, more and more women began participating in the Boston Marathon as well as other road races. Kathrine Switzer, another memorable name in women’s running history, ran the Boston Marathon the following year as the first woman to compete with an official race number. Bobbi Gibb redefined what it meant to be a runner in the American 20th century, and her influence still inspires many today.

“Peace is a dynamic state of human interrelationship, based on fairness and consideration, which requires the hard work of becoming fully who we are, and encouraging others to do the same. This is still my vision — a world free of oppression, full of beauty and based on love. And, this is what I work for in every way I can” (Gibb).


Why Did I Choose to Research Bobbi Gibb?

Bobbi Gibb’s story is one that was especially inspiring to me because of her background. As a runner myself, her story as a young girl growing up in the face of a male-dominated sport resonates powerfully. I believe that her story needs to be shared with more and more athletes, because it illustrates the possibilities that can happen with strength and perseverance. The bravery she displayed in response to an unjust situation exemplifies the traits of a true pioneer, and I hope that my research will allow more young girls to see her as the role model I find her to be myself!