Indira Goswami was born on November 14, 1942 in Guwahati, the largest city in the state of Assam, to Umakanta Goswami and Ambika Devi. She was named in memory of Jawaharlal Nehru, the first Prime Minister of India. Her family was a group of devout Hindus who followed Vishnu, one of the many Hindu gods. Goswami attended Pine Mount School in Shillong, a city in the state of Meghalaya, in her early years, and Tarini Chaudhury’s Girls’ School in Guwahati as her secondary school. At the age of thirteen, Goswami published her first set of short stories, Chinaki Morom, by editor Kirti Nath Hazarika. Goswami graduated from Cotton College in 1960 majoring in Assamese Literature and obtained her master’s degree from Gauhati University. 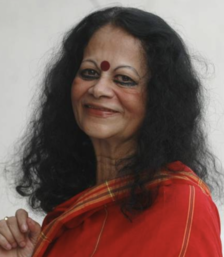 In 1962, Goswami met Madhevan Raisom Ayengar, a young engineer from the southwest state of Karnataka. Ayengar had been working on the construction of the Saraighat Bridge in Guwahati. Goswami and Ayengar soon fell in love and tied the knot in 1966. After getting married, they moved to Gujarat, India’s westernmost state, and then Jammu, a region in the northwest. After just eighteen months of marriage, a car accident in Kashmir took Ayengar’s life. Her husband’s sudden death led to her spiral into acute depression and addiction to heavy doses of sleep tablets, contributing to several suicide attempts. But this type of behavior was not new— Goswami had been suffering from depression from a young age and had attempted suicide multiple times before.

It was at this time that Goswami submitted herself entirely to writing— she wrote to live. She described her hurdles in her novel An Unfinished Autobiography. Her encounters and ordeals in Madhya Pradesh and Kashmir, places where she saw her husband work, appeared in The Chehnab’s Current and Ahrion.

Goswami decided to focus on building her career. She began work as a teacher at Sainik School in Goalpara, a district in Assam. She was coaxed into research by her superior Upendra Chandra Lekhara, which prompted her to move to Vrindavan in Uttar Pradesh, a state in the north. There, she studied Ramayani Literature (the Ramayana is one of two major Sanskrit epics of ancient India) and worked on her Ph.D. theses. This was later published as the book Ramayana from Ganga to Brahmaputra, which was awarded the International Tulsi Award from Florida University. Her experiences in Vrindavan and as a widow were tied together in her novel The Blue Necked Braja, published later, which described a community in Vrindavan who faced poverty and sexual exploitation. The Blue Necked Braja drew criticism for exposing the uglier side of Vrindavan, such as the ill-treatment of young widows. 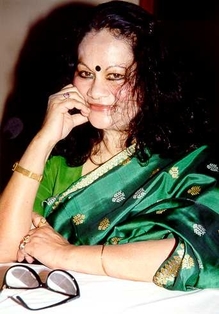 In 1971, Goswami moved to Delhi where she joined the Modern Indian Language Department of Delhi University as the Professor of Assamese. She would write the majority of her books during the next few years. Goswami adopted the pen name Mamoni Raisom Goswami and published The Chenab’s Current, her first novel. Later, Goswami became head of the language department and it was during this time that she wrote two of her classics: Pages Stained with Blood and The Moth Eaten Howdah of a Tusker.

The former illustrates the difficulties the Sikh community faced after the assassination of Indira Gandhi. In 1984, Gandhi launched Operation Blue Star, an action that targeted Sikh militants and led to several deaths and casualties. Angered by the murder of their brothers and sisters, Gandhi’s Sikh bodyguards assasinated her. What followed was intense animosity towards the Sikh community resulting in the 1984 anti-Sikh riots. Goswami had witnessed these riots and was inspired to write about the issues facing India at the time.

The latter describes atrocities inflicted on Hindu widows by feudal monarchs in monasteries. Here, Goswami takes up the issue of patriarchy. This novel was later made into Adajya, a film that went on to win several awards.

At the peak of her career, Goswami wrote one of her most controversial novels, The Man from Chinnamasta. It critiqued the age-old tradition of animal sacrifice in India and ignited rage and fury across the nation, to the point where Goswami faced death threats.

At this time, she also wrote Jatra. It spoke about the problem of insurgency that Northeast India (of which Assam is a part of) has experienced since Indian independence. Not only did Goswami write about this insurgency, but she also acted as a mediator between the United Liberation Front of Assam, the Assamese rebel organization seeking to establish Assam as an independent state, and the state government. Goswami’s efforts led to the formation of the People’s Consultative Group which helped the two groups come to a negotiation.

Goswami won many awards throughout her life. One was Assam’s highest civilian award, Asom Ratna, for her contributions in art, literature, culture, and social service. She also won the Sahitya Akademi Award in 1983, the Jnanpith (the highest literary award in India) in 2000, and the Principle Prince Claus Laureate from the Netherlands in 2008. 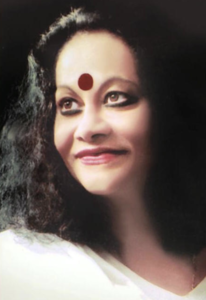 On November 29, 2011, Goswami passed away at the age of 69 years following cardiac arrest and multiple organ failures. She died a widow and childless, but this did not tarnish her reputation as a brilliant woman.

As a daughter, she was Indira Goswami; as a writer, she was Mamoni Raisom Goswami; but as a person, she was Goswami “baideo” (“older sister” in Assamese.) Goswami pioneered feminist Assamese literature by raising awareness of issues faced by the marginalized. Her legacy lives on today as she continues to inspire women to persevere through all struggles because there is always something worth waiting for at the end.

Why Did I Choose to Research Indira Goswami?

Indira Goswami’s story struck my heart when I researched who to write about. Her perseverance through her hardships, notably depression, shocked me as I know how much of a toll depression can take on a person. My mother is from Assam, the same state Goswami is from. Goswami’s life story was something I truly wanted to share with the world, not only because Northeastern Indian women rarely show up in history books, but also because of how much of an inspiration she is.

Taskin, B. (2019, November 14). Mamoni Raisom Goswami — the voice of the oppressed who fought for peace in Assam. Retrieved April 11, 2020, from https://theprint.in/theprint-profile/mamoni-raisom-goswami-the-voice-of-the-oppressed-who-fought-for-peace-in-assam/320409/