“Children of the fatherland, you shall avenge my death,” Olympe de Gouges was said to have called out before the blade of a guillotine slashed her neck. The beliefs, actions, and writings of Olympe de Gouges have largely faded into obscurity since her death in 1793, as she is frequently overshadowed by later and larger western feminist movements. 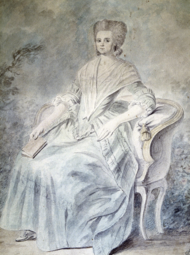 Olympe de Gouges was born as Marie Gouze in Montauban, France sometime in 1748. She had “petite-bourgeoise” parents (i.e. parents with modest amounts of wealth, but not enough to be considered nobility) who married her off to Louis Abery at the age of 16 or 17. Her husband mysteriously died a few years after her marriage in the aristocratic French countryside, and the consequent widowhood lowered Gouge's social standing. As a tribute to her mother, she changed her name to Olympe, adding “de Gouges” for aristocratic implications. At the time, having ‘de’ in your name was popular among the aristocrats of France, which she may have thought brought her more credibility. Unlike many other women her age, Olympe de Gouges could read and write. However, she wasn’t well educated. Thus, she took it upon herself to learn about French and Parisian politics, philosophy, and Enlightenment principles. After a decade in Paris, Olympe de Gouges began writing plays, manuscripts, and novels that sharply criticized points of late-18th century society.

Many female playwrights of the time wrote under male pseudonyms, but Olympe de Gouges refused to do so. She also wrote about topics in her play considered “unsuitable” for her gender, critiquing slavery in France’s colonies, forced marriages, and the powerless nature of women in politics. She did so by pointing out the double standards of these topics and creating sardonic scenes to demonstrate their absurdity. Continuing to write critiques to French society on aspects of divorce, forced converts, and the importance of women in Enlightenment thought, de Gouges’s writings did not fall on deaf ears. During the French Revolution, certain liberties were extended to women, including the right to divorce and the granting of illegitimate children civil rights.

Olympe de Gouges's most famous work, the Declaration of the Rights of Women and the Female Citizen (or Citizeness), was published in 1791 and clearly laid out some of the most extreme examples of her political viewpoints. The work is a response to the infamous The Declaration of the Rights of Man and the Citizen in which the Third Estate of France explained the new laws under the French Republic. However, one glaring exception of liberty were women’s rights. In Olympe de Gouges's work, she claimed all women had the right to “verify...by themselves or through their representatives...the necessity of the public contribution.” Elaborating, she claimed “this can only apply to women if they are granted an equal share, not only of wealth, but also of public administration.” 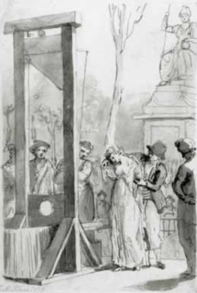 With regards to property rights, de Gouges felt strongly that women should have the right to personal property: “Property belongs to both sexes whether united or separate; for each it is an inviolable and sacred right; no one can be deprived of it,” de Gouges wrote.

Olympe de Gouges also stressed the importance of women being equal in punishment, execution, and treatment in prison, writing, “Once any woman is declared guilty, complete rigor is exercised by law.” Olympe de Gouges believed in true political and economic equality of men and women, which is why she insisted on equal treatment under the law for all people.

She wrote most strongly in the abolishment of the institution of marriage, calling it the “tomb of love and trust,” and “perpetual tyranny,” arguing instead for a “social contract” between men and women, borrowing the phrase from Rousseau. She believed in a union based on equality to create moral means of achieving the ideal government. Rousseau’s idea of a social contract involved the relationship between man giving up his power to his government in exchange for protection, which de Gouges extended to develop her idea of the social contract of marriage -- that a man and a woman in a marriage should be entering a mutual agreement of protection and respect. Olympe de Gouges blamed the emphasis on marriage and the lack of education for women as the reasons behind the common woman’s disinterest in politics. She argued that, if women were permitted to do so, they too could mount the rostrum. 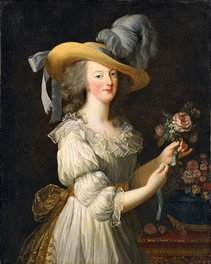 Around the time the Declaration of the Rights of Women and the Female Citizen was published, Olympe de Gouges and her work was controversial in France. The French Republic was gradually radicalizing, with the radical party and the Jacobins taking over most of the representative body of France. Olympe de Gouges, however, was steadfast in her monarchist sensibilities, as she had previously defended Louis XVI from being executed. She sided with the Girondins, the moderate faction of France whose leaders were sentenced to death. The act that finally led to her execution was when she released several copies of a pamphlet in which a peasant was asked to choose between a monarchy, feudalism, or republicanism. This pamphlet violated the March 23 decree, which prohibited the publishing of any writing promoting the re-establishment of monarchy. While she maintained her innocence, Olympe de Gouges did foresee her death coming, attributing the many pro-republic plays she wrote. Occasionally, it is written that Olympe de Gouges was executed because of her feminist views. However, this is not the case. The Reign of Terror, a time of many executions across France, had anyone who spoke against republicanism executed. Since Olympe de Gouges also attacked powerful Republic leaders like Robespierre and the Committee of Public Safety, her comments were often seen as speaking out on republicanism itself. This culminated in her execution via guillotine on November 3rd, 1793.

Olympe de Gouges is still commemorated today as one of the first Western feminists in the early modern era, as views were the most radical of her time. Her wishes of the liberation of enslaved people came to fruition one year after her death, when the French Republic agreed to free their slaves in Haiti. Even Mary Wollstonecraft, commonly regarded as the mother of modern feminism, wouldn’t match Olympe de Gouges's most radical views on the abolishment of Catholic marriage and the complete societal and political equality of men and women. Today, Olympe de Gouges is commemorated in the National Assembly, the same place she declared women had the right to speak in.

Why Did I Choose to Research Olympe de Gouges?

I feel as though Olympe de Gouges is hardly celebrated in modern Women’s Rights discussion. I believe the history of Women’s Rights is crucial to the understanding of modern day gender relations, and I hope through this article I can shine light on one of the underrepresented forefounders of Western feminism.