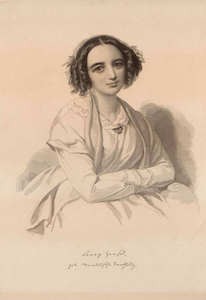 A prodigious piano player turned virtuosic composer, Fanny Hensel was arguably one of the greatest composers of the Romantic Era. Her compositions number nearly 500 and contain pieces of various instrumentations. Most notable are her works of Lieder, a German style song that sets poetry to instrumental accompaniment.

Fanny Hensel was born in Hamburg, Germany, in November of 1805, to parents Lea and Abraham Mendelssohn Bartholdy. She was the eldest of four children. Her grandfather was a philosopher, and her brother Felix was an exceptionally talented pianist and composer like herself. Together, the two siblings studied under the direction of numerous mentors, several of which had been taught directly by or by students of accredited composers like Johann Sebastian Bach and Amadeus Mozart. Fanny and Felix later studied with the Sing-Akademie zu Berlin, a prestigious musical society headed by Carl Friedrich Zelter. Zelter taught the two in music composition and praised Fanny’s skills as an exception to society, commending her in that “she plays like a man.”

Despite their close friendship, societal norms and familial pressures prevented the siblings from continuing their musical careers together. Gender roles during the 19th century discouraged the idea of a female composer, and Hensel was further disadvantaged by the Mendelssohn family’s social status. Coming from a bourgeois family in Germany, Fanny Hensel’s future was largely out of her own hands, and her potential as a composer was confined to the household as her brother’s talents flourished. Her passion for music was even explicitly discouraged by her father, who, in a letter to a 14-year-old Fanny, claimed that “music will perhaps become his [Felix’s] profession, while for you it can and must only be an ornament.” 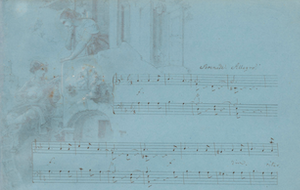 Fanny Hensel faced many obstacles in a society doubting her abilities, yet she still managed to share her masterpieces with the world. She married Wilhelm Hensel, the Court Painter to Friedrich Wilhelm III, the King of Prussia at the time, and the two shared their deep appreciation for art. Each week, she organized a musical salon that many famous figures like Franz Liszt and Clara Schumann, a close friend of Hensel’s, attended. She provided commentary to help Felix’s compositions and had several of her own pieces published under her brother’s name, which backfired more often than not. On one occasion at Buckingham Palace, Queen Victoria enthused over Italien to Felix, who admitted that his sister had actually written the Lied. In recent years, it was discovered that the popular Ostersonate (Easter Sonata) in A major was also misattributed to Felix instead of Fanny.

One of Fanny Hensel’s most remarkable compositions is Das Jahr, or The Year in English, a set of 13 character pieces that work in combination to portray the calendar year in music (the thirteenth piece is a postlude). Gifted to her husband for Christmas, her original manuscript presented both a musical and visual depiction of each month, including an excerpt of German poetry written before each movement as well as an area for Wilhelm to add in a small illustration. The music itself is breathtakingly intricate, with each month’s song supplying an individual story. Das Jahr has only gained acclamation in the past few decades, as the original manuscript had been lost until about the end of the 20th century. Selections from Das Jahr have been featured in performances like Her Notes by Jessica Lang, which premiered in New York in 2016 through the American Ballet Theatre. 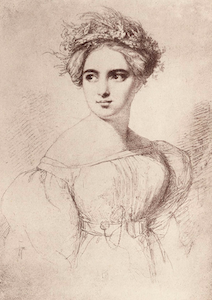 “Schwanenlied,” or “Swan Song” in English, is a sensitive and delicate strophic Lied released in 1846 as a part of Fanny Hensel’s first official published works. Strophic music contains lyrics sung in stanzas to a repeated musical motif, as seen in nursery rhymes or in hymns like “Amazing Grace.” Strophic Lieder combines this style with poetry to create a compelling piece of musical storytelling. “Swan Song” is arguably one of Hensel’s most famous compositions and has been developed into a variety of arrangements since its publication for voice and piano. Lieder comprises over half of Hensel’s writings, yet each piece is distinctive and unique.

Fanny Hensel wrote only one known orchestral piece during her career: the C major Overture. Over a century after the composer's passing, the overture continues to receive well-deserved recognition. It has been performed internationally by numerous symphonies over the years to commemorate Fanny Hensel’s lifetime and the beauty she composed. Notable performances include Belfast's Ulster Orchestra, the Boston Symphony Orchestra, and the Swedish Radio Symphony Orchestra.

In 1847, Fanny Hensel passed away after suffering a stroke at the age of 41. She rarely performed outside of her home during her lifetime, and many of her compositions were published only a year before her death. Although her official career was short-lived, her influence has and will continue to affect the musical world for years to come. Her compositions provide hundreds of pieces for performance, and she serves as a role model to inspire generations of musicians to persevere against all odds.

Why Did I Choose to Research Fanny Hensel?

I had the opportunity to play a few of Fanny Hensel’s pieces after discovering an urtext of her selected works in the library while at a summer camp this past year (Fanny Hensel: Ausgewählte Klavierwerke, Erstausgale). Her story is especially important to me because the strength and perseverance she displayed as a composer living in a society set in all ways against her is incredibly inspiring. I have played piano for over a decade and have learned a couple pieces by Felix Mendelssohn in past years, however I was completely unaware that he had a sister who was also a brilliant composer. In fact, at the time, I could only count on one hand the number of female composers I knew of. I hope my research inspires others to look into the fantastic music Fanny Hensel created, as well as the music of the thousands of female composers who have been underappreciated and unknown for too long throughout history.