Guo Jianmei is no stranger to adversity—on March 27, 1960, she was born into a peasant family in the poverty-ridden Hua County of Henan in China. The poverty and the lack of women’s rights in her village gave her an incentive to dedicate her life to bridging gender gaps in China. 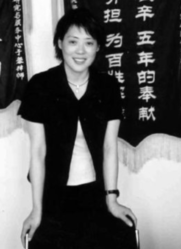 At just eighteen years old, Jianmei began studying at Peking University’s School of Law, where she graduated in 1983. Following her schooling, she began working at the Ministry of Justice, the All China Federation of Women, and the All China Association of Lawyers. She helped draft China’s first law for the protection of women in 1992, which officially criminalized discrimination against women for the first time ever, and she became involved in a project that uncovered discrepancies between existing laws for women’s protection and their lack of implementation.

In 1995, she attended the Fourth World Conference on Women in Beijing, convened by the United Nations. This conference exposed her to new ideas and mechanisms to increase women’s rights through non-governmental organizations (NGO) and public interest law, which had not been widely discussed in Chinese law. She then quit her government job to become China’s first full-time public interest lawyer for legal aid. She introduced pro-bono legal services for vulnerable women throughout China. Later that year, Jianmei and several Peking University professors co-founded China’s first public interest NGO, the Center for Women’s Law Studies and Legal Services of Peking University, which offered free legal services for women-in-need, who often came from poor backgrounds or other unfortunate circumstances. The center was also highly symbolic for having been born of the United Nations Fourth World Conference on Women in Beijing in 1995, when China, struggling to be accepted on an international scale after the 1989 military suppression of pro-democracy demonstrations around Tiananmen Square, began to loosen its suppression on civil society activities.

Jianmei’s first client inspired her immensely. The woman sought advice because her son had been beaten immensely by police in Xuzhou. The mother then traveled to Beijing to protest but was hit by a tourist bus, leaving her without an eye. The bus company only offered minor compensations, which failed to cover her medical bills. Guo Jianmei took her in and offered to provide free legal services. When taken to the courthouse, the judge questioned why Jianmei would represent “this kind of person,” seeing the mother’s disheveled state. Jianmei explained that she was a public interest lawyer, but the judge held his nose and kicked the two out of his courthouse.

She lost the case but found her passion for human rights activism through the experience. Jianmei wanted to become a voice for those who lacked one. 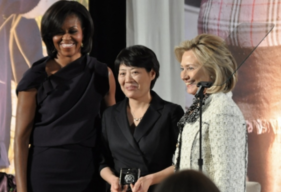 The Center for Women’s Law Studies and Legal Services of Peking University soon developed into one of China's most impactful NGOs in protecting women’s rights, and as a result of its historical context, became wildly recognized around the world. However, in 2010, disaster struck. Chinese conditions for civil engagement became a sensitive topic when the Norwegian Nobel Committee awarded the 2010 Nobel Peace Prize to Liu Xiaobo, a political prisoner who spoke out against China’s one-party Communist rule. Media censorship became heavily rampant as China tightened its restrictions on internet sovereignty and the possible spread of anti-Chinese political and economic interests. As a result, Peking University revoked its affiliation with Jianmei’s NGO after fifteen years. Soon after, Jianmei reopened the NGO with a different name: Zhongze Women’s Legal Counseling Service Center. In early 2016, it closed again during a government shutdown on non-governmental organizations. Today, the center operates under the Beijing Qianqian Law Firm, where Guo Jianmei serves as founder and director.

Jianmei’s legal firm has provided pro-bono counseling to over 120,000 women in all aspects of government law. In 2005, Jianmei founded the China Public Interest Lawyers Network, which consists of over 600 lawyers and 200 law firms that collaborate on legal cases and offer legal aid to remote regions of China. Today, she serves as the Executive Director of Women’s Legal Research and the Service Center, an organization that provides psychosocial support to underserved women at Beijing University’s School of Law.

Despite the increase of restrictions and a decrease of funds for non-governmental organizations in China, Guo Jianmei continues to advocate for women’s rights and disadvantaged individuals throughout China. She has been a pioneer in the legal profession and has allowed future lawyers to expand their legal impacts on the world. While the process has not been entirely smooth, Jianmei says that she “will keep going until [she] can’t walk.”

Why Did I Choose to Research Guo Jianmei?

I chose to research Guo Jianmei for iFeminist because similarly to Guo Jianmei, I believe in advancing women’s rights and providing aid to impoverished areas. I look up to Jianmei for her advances in law and the large impact she has made on Chinese society, where Amy’s heritage lies.