Henrietta Lacks, initially named Loretta Pleasant, was born on August 1st, 1920 in Roanoke, Virgina. She spent her childhood in her grandfather’s log cabin, which had formerly been a slave quarters on a plantation. There, she shared a room with her cousin and future husband, David “Day” Lacks. She worked as a tobacco farmer, until at age 14, when Henrietta gave birth to her first child Elsie. She married David at 20 and they moved to Maryland, where they had three more children: David “Sonny” Jr., Deborah and Joseph. Elsie, their first daughter, was placed in Crownsville Hospital Center. At that time it was an asylum for the black developmentally disabled. Elsie died there soon after, at only 15 years old. 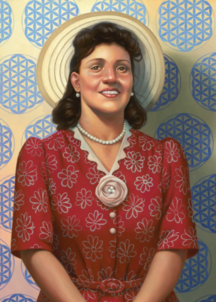 In January of 1951, Henrietta felt abnormal pain and bleeding in her abdomen. She went to the only hospital in the area willing to treat black people - John Hopkins University. Her doctor, Howard Jones diagnosed her with cervical cancer. She was treated with primitive radiation therapy, which involved sewing radium tube inserts near the tumour allowing the radiation to kill the malignant cells. These treatments caused her to become even sicker and left Lacks infertile Her doctors left Lacks uninformed of her health condition, and at the same time, took two samples of her cervix tissue without her knowledge.

On August 8 of the same year, Lacks was admitted back into John Hopkins due to severe abdominal pain. She received blood transfusions and remained there until her death on October 4th, 1951. Her autopsy report that the cancer had metastasized through her whole body. Henrietta was believed to be buried a few feet away from her mother’s grave site in an unmarked grave at the family cemetery in Lackstown.

While Lacks had died, her cells lived on. Researcher Dr. George Otto Gey noticed that her cells were more durable than other cells which he had encountered. He isolated and multiplied one cell, creating a cell line. Once he realized that her cells rapidly reproduced and couldn’t die, he obtained more of her cells from her body while she was at the John Hopkins’ autopsy facility. Gey and his lab assistant used her cells to conduct experiments testing vaccines and diseases.

In 1953, Dr. Jonas Salk announced that he had successfully created a polio vaccine. He had mass produced the HeLa cells and used them in his research and to test the vaccine. This sparked international attention and her cells were mailed to scientists around the world to research cancer, AIDS, leukemia, influenza, herpes, genetic illnesses, effects of radiation and toxic substances, gene mapping, effects of zero gravity in outer space, the polio vaccine and more. 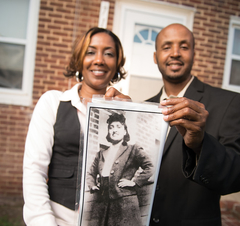 In 1973, the Lacks family found out that Henrietta’s cells were still alive and distributed without their consent. They were concerned for their privacy and upset about not receiving compensation. Unfortunately, in 1990 the California Supreme Court upheld the right to commercialize discarded tissue in Moore v. Regents of the University of California, which meant that the Lacks family was not entitled to any compensation. Furthermore, in 2013 German researchers published the genome of the HeLa cells, which meant that anyone had access to Henrietta’s sequencing. Lacks’s family members firmly objected to this because of privacy concerns. Her family members were worried about information people could derive about them from their grandmother, Henrietta’s genome sequence.

The National Institute of Health has tried to right their wrongs and work with the Lacks family. They agreed to make Lacks’s genome only accessible for those who apply and are granted permission by a board, consisting of two representatives from the Lacks family. In addition, anyone who uses the data is asked to acknowledge the Lacks family for their contribution. Recently, there have been new policies put in place that require strict patient consent when using their tissues or cells. The Institutional Review Board is responsible for analyzing research studies that involve human patients before they begin. All of these changes were made in order to avoid what happened to Henrietta Lacks and her family. The backstory of the famed HeLa cells is a story of exploitation as well as scientific curiosity. We should never forget the woman whose cells changed the face of modern medicine.

Why Did I Choose to Research Henrietta Lacks?

I researched Henrietta Lacks because her cells are incredibly famous in the field of medicine, while she is not. Many people, especially in the scientific field, know about her contributions to science, but don’t know about the controversies that surround her and who she actually was as a person. I believe she deserves more recognition for not only helping change modern-day medicine but also for her perseverance in living through many hardships.