On June 28, 1906, Maria nee Wolff and Friedrich Goeppert welcomed their newborn daughter into Kattowitz (then, a city in Germany). She was named Maria, after her mother. Her father taught pediatrics at the University of Göttingen, and her mother was a music instructor. When Maria was about 4 years old, her family relocated to Göttingen, where she attended an all-girls grammar school. This school’s faculty included many women’s rights activists, who advocated for suffrage. Although the school closed before Maria could graduate, being surrounded by these powerful women at such a young age likely inspired her to reach for her own dreams and disregard all gender barriers.

A year after the closure in 1923, Maria took the Abitur, the college entrance exam at the time, and enrolled in the University of Göttingen that spring. Only four of her fellow classmates passed the exam, which was far from surprising. Germany did not offer many educational opportunities for females past high school, and most women were discouraged from abandoning the traditional housewife pathway. However, Maria’s father always wanted more for his daughter. One of her most popular quotes reads, “My father said, ‘Don’t grow up to be a woman,’ and what he meant by that was, a housewife.” Her family’s support and open-minded views allowed Maria to receive a good education: she graduated from the University of Göttingen and earned her Ph.D. in theoretical physics by the age of 24. 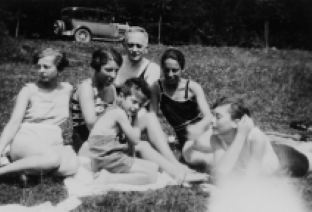 Maria initially wanted to study mathematics at university, but she was quickly drawn to the complexity of physics, specifically theoretical physics. She even stated, “Mathematics began to seem too much like puzzle solving. Physics is puzzle solving, too, but of puzzles created by nature, not by the mind of man.” At the time, Europe was a hotspot for quantum mechanics and housed many of history’s greatest physicists, from Albert Einstein to Erwin Schrödinger. During her college years, Maria traveled to Cambridge, Massachusetts, where she learned English; she later returned to Göttingen to finish her studies. Max Born, a Nobel laureate who ultimately granted Maria her Ph.D., greatly assisted her through her graduate education and offered her advice as she progressed. 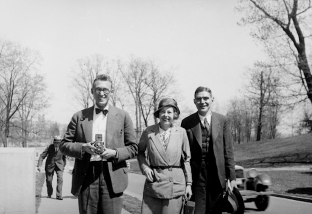 In 1930, the same year that she received her doctorate, Maria married Dr. Joseph Edward Mayer. Her name then became Dr. Maria Goeppert Mayer. They would go on to have two children: Maria Ann Wentzel and Peter Conrad. Soon after the marriage, the couple moved to the United States of America. Her husband began working at Johns Hopkins University in Baltimore, Maryland. Although Maria also had the qualifications to be a professor or lead researcher, the college denied her a job. The Great Depression was setting in, and they could not afford another employee, especially one that was a woman. Maria, however, remained hopeful. She continued to independently study physics and worked for little to no pay. For a while, she worked alongside Karl F. Herzfeld, where she transitioned into a chemical physicist. In the following years, Mayer worked at several renowned institutions, such as Columbia University and Sarah Lawrence College. However, her greatest opportunity arose when her husband took a position at the University of Chicago. For once, the faculty greeted Maria with open arms, and she received a full-time position in the Theoretical Physics division as a Senior Physicist.

While at the University of Chicago, Mayer and her colleague, Edward Teller, studied nuclear shells and created a mathematical model based on the patterns they noted. They discovered a series of “magic numbers.” Atoms with a “magic number” of nucleons (protons and neutrons) had greater stability than all others. This realization prompted the scientists to create a model of nucleon shells, similar to those formed by electrons. Mayer further examined the idea and accumulated tons of evidence to support it. She overcame the challenges that came with weighty scientific protocol and gathered wide scale support for her findings. 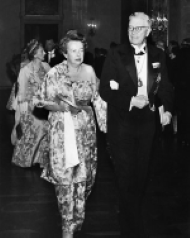 Meanwhile, Hans Jensen, another nuclear physicist, had been working on a similar theory, and his paper was to be published in the Physical Review in the same issue as Mayer’s. The two became friends and even authored a novel together on their shared model, titled Elementary Theory of Nuclear Shell Structure. About 13 years after they had met, Mayer and Jensen were awarded a shared Nobel Prize in Physics in 1963. She was the second woman ever to receive such an accolade, after Marie Curie in 1903.

By the time Mayer received her Nobel recognition, she had been appointed a professor at the University of California in San Diego; this marked her as the seventh generation of Mayers to be granted professorship. A short while later, however, she suffered from a stroke and passed away at 65 years old, on February 20, 1972.

Although Maria Goeppert Mayer passed away almost 50 years ago, her legacy lives on, both in the field of science and the realm of feminism. Her journey included countless ups and downs, from unfair treatment in the education system to lengthy periods of unemployment.​​ Regardless of these hindering obstacles, Mayer never strayed from her goals. She maintained her focus and allowed her passion for physics to pave the path to greatness. As fate would have it, Mayer’s discoveries earned her a place among the most influential theoretical physicists of all time.

Why Did I Choose to Research Maria Goeppert Mayer?

The quantum physics craze of the mid-twentieth century has always deeply interested me. However, I noticed that the main figures in the race to discover the secrets of the atom were all men. Among the great portion of male theoretical physicists, Maria Goeppert Mayer arose as a role model for me, a woman who had earned a place among the top scientists of her time. She fought for every opportunity and truly loved her work. Physics was her calling, and she chased after it, regardless of the failures she faced.