Mabel Addis Mergardt was born on May 21, 1912, in Mount Vernon, New York. Despite growing up in a society that discouraged women from pursuing formal education, Mergardt was a driven and hardworking student. The valedictorian of her high school, Mergardt went on to attend Barnard College and Columbia University, where she received a bachelor’s degree in Ancient History and a master’s degree in Education, respectively.

In 1935, Mergardt became a teacher at a small, rural school in Brewster, New York, where she taught eight elementary grades in one classroom. Mergardt then moved to Hyatt Avenue School in Mt. Kisco, New York. It was at that time when Mergardt met and married Alexander L. Addis. Mergardt worked at Hyatt Avenue School for thirteen years before moving to Katonah-Lewisboro Elementary, where she was a fourth-grade teacher.

At Katonah-Lewisboro Elementary, Mergardt put her expertise in history and writing to good use. In addition to writing plays for her students to perform each year, Mergardt curated an oral history collection and penned several books. Unbeknownst to her, Mergardt was developing skills that would make her invaluable to the development of an emerging field: the video game industry. 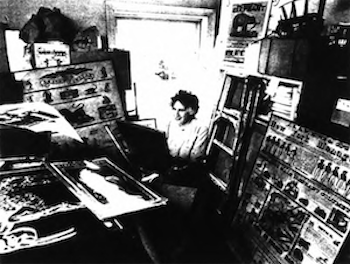 In 1962, the Board of Cooperative Educational Services (BOCES) and IBM began hosting workshops to discuss how computers could be used in the classroom. During one of these workshops, Mergardt pitched the idea of creating a computer game to teach students the basics of economics. BOCES and IBM quickly caught on, and Mergardt began working with William McKay, an IBM programmer, to bring her game to life.

Mergardt worked with McKay for five years, overseeing the storyline and progression of the game. The result of their efforts was the Sumerian Game, a text-based video game. This made Mergardt the first female video game designer, as well as the co-creator of the first educational video game.

Unfortunately, Mergardt’s husband died in 1981. Mergardt remarried to Gerard Mergardt in 1991, but he died in 1995, leaving her widowed for the second time. Mergardt passed away in 2004, survived by a daughter, three grandsons, and three great-grandchildren.

Even though Mergardt’s work for the video game industry remains relatively unknown to the general public, her accomplishments will not be forgotten. Mergardt’s story proves that it is possible to thrive in a male-dominated industry –– that anyone, regardless of gender, can make an impact.

Why Did I Choose to Research Mabel Addis Mergardt?