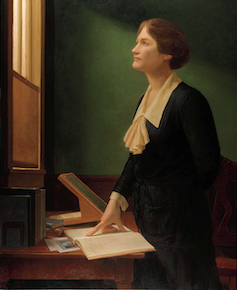 Cecillia Payne-Gaposchkin was an American astronomer. She was born on May 10, 1900 in Wendover, England, where she grew up with her parents and three siblings. Her family was considered upper-class. Cecillia’s father had a significant influence on her, inspiring her interest in music through his music industry. She began her education at St. Mary's College, where she developed an interest for both science and mathematics.

In 1919, she continued her education at the University of Cambridge, where she learned about different scientific theories. One theory that led to Payne’s interest in studying astronomy was Einstein’s theory (General Relatively). After Cambridge, Payne decided to attend a university in the United States of America, rather than in England, because she believed that America had more opportunities for women than back in England. Four years later, Payne received a chance to attend Harvard College, as a reward from the director of the college for her proposal of her thesis.

At Harvard, along with several other scientists, Payne built the foundations of astronomy. She put several pieces and discoveries together by categorizing stars into different letters. She worked alongside Sergei Gaposchkin, to her assistance, where they diligently worked to form a proposal and thesis on a star development. Payne discovered that stars were largely made of two elements: hydrogen and helium. As a result, another scientist Henry Norris Russell opposed her thesis, but this opposition did not stop Payne’s journey; she advanced her education by paying a visit back to Europe with a Russian astronomer Boris Gerasimovich. They assembled their research findings into a publication which eventually was released to the public. 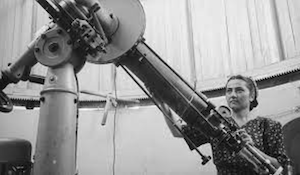 Subsequently, Payne was approached by Harvard University to become a professor at the university, and she accepted the offer. When she returned to the U.S., she met back with Sergei Gaposchkin, who she would later marry. Marrying him allowed her to maintain a visa, and access more opportunities for her career in the United States.

Throughout her career, Payne earned many honors and awards, including the Annie Jump Cannon Award in Astronomy (Astronomics), becoming the first woman to receive this award. Receiving such honors and recognition established her credibility as a scientist and increased the reach of her work. Her discoveries earned her the position of Chair of the Department of Astronomy at Harvard University. 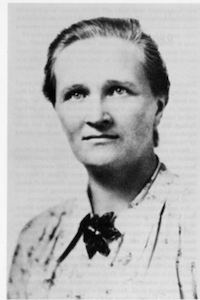 Payne’s various awards had a major impact on her as a person, and on all human beings in modern society. Firstly, she was able to gain fame and reach her full potential as a scientist, from being often recognized more and gaining more publicity. Even today, in the twenty-first century, Payne’s findings are incredibly impactful. For instance, scientists are now able to incorporate her research into more advanced findings, which all relate to astronomy. Additionally, based on her classification of stars as being composed of both helium and hydrogen, which is crucial in understanding what stars are actually made of. This also had an impact on her as an individual, because she was given the opportunity to be the chair of the Astronomy department as well as a professor at Harvard University.

Cecilia Payne-Gaposchkin died on December 7, 1979, but her legacy still carries on. It is because of Payne that present day scientists can understand stars the way they do. It is because of Payne that we can truly identify what signficates a star and what it truly contains. Payne laid the foundation of astronomy, and by discovering something so small, she made a huge difference in our knowledge. Ultimately, Cecilia Payne has a profound effect on modern-day society today which illustrates her impact not only on a national scale, but also globally. All in all, her contributions to the Astronology field has encouraged many scientists to use some of her pieces of her work and make them more efficient and advanced.

Why Did I Choose to Research Cecilia Payne?

I mainly chose Cecilia Payne to research because I wanted to learn more about her discoveries and how she was able to relate her knowledge of astronomy to items in outer space. After researching her, I was able to understand how she faced her opponents on her thesis and stood up for what she believed in. She did not consider being a woman in astrology as intimidating, rather she found a new path to her career and learned how to cope with it. Payne’s discoveries have given a great deal of evidence to present day researchers and still remains today.

One fascinating fact about her is that she actually discovered that the combination of hydrogen and helium is what stars are typically made of (which I find appealing). I find her discoveries interesting because I have always wondered how stars are formed and what exactly stars can be made of.