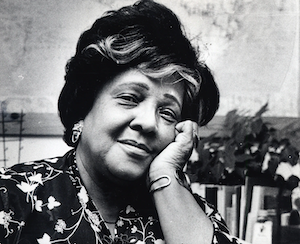 Ethel Lois Payne, known as a person who “asked questions no one else dared to ask,” was born on August 11, 1911 in south Chicago, Illinois. Payne grew up in a predominantly white environment with issues like racial injustice and the Great Depression clouding the air. Despite all of the negativity, Payne found her passion for reading and writing in these early years, with her teachers encouraging this fervor. Payne also had an interest in activism early on, and she first wanted to become a civil rights lawyer. However, after she was denied from The University of Chicago Law School due to her being Black, she decided to take a different route in activism.

Payne first took up jobs as a teacher and librarian, yet her heart remained with civil rights activism, leading her to leave the jobs. In 1948, Payne became a military hostess for an army club in Japan. During her time, Payne kept a detailed journal of all the racial discrimination towards the United States military that she noticed. When a reporter from the Chicago Defender, a newspaper that would later employ Payne, rolled into town, he used Payne’s journal to publish an article about the discriminatory practices. Payne’s diary excerpts amazed the newspaper, and her writing locked in her job at the Chicago Defender in 1951. Payne brought underrepresented issues, such as “adoption crises for African-American children,” to light through her pieces. She boldly expressed her ideas through her coverage of historical events, which brought attention to her fearless personality. 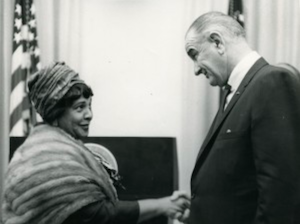 Payne then went on to cover investigative stories in Washington D.C., becoming “the first African American woman to join the White House press corps.” One of Payne’s most famous appearances was with President Dwight D. Eisenhower, whom she boldly questioned about his commission’s support of segregation practices. This interaction was perceived both negatively and positively. Payne’s reputation as a fierce reporter grew, but she was also criticized by other Black reporters for being too “activistic.” Not letting the criticism undermine her, Payne continued to report about the events in the Civil Rights Movement, becoming one of the main sources of information for her newspaper. No matter how reputable the person was, Payne never hesitated to call out or praise them.

During her time reporting national stories, Payne also made history by becoming an international correspondent. Her travels to the Bandung Conference, International Women's Year Conference, the Vietnam War, and the Ghana independence movement, led her to become the first African American woman international news reporter. With her extensively detailed pieces in her reports on the Vietnam War, Payne gained a reputation for “going beyond the basic elements of journalism and exploring venues untouched by others.” 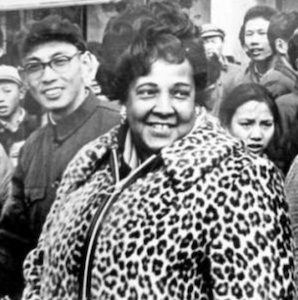 Furthermore, Payne made history by becoming the “first African-American woman radio and television commentator to be employed by a national network.” In 1972, Payne was offered a job at CBS, where she made commentaries on the issues that the African American community faced, like apartheid in South Africa. During this time, she also consistently advocated for Nelson Mandela’s release.

Because of her revolutionary and bold actions throughout her career, Payne was known as the “First Lady of the Black Press,” considering the milestones she created for Black women journalists. Payne was bestowed a multitude of awards to celebrate her achievements. In 1988, Payne was presented the Candace Award of the Coalition of 100 Women, which recognized her as a prominent Black figure who served as a person of excellence to people of all kinds. In 1967, the Capital Press Club presented her an award that highlighted her excellent detailed reporting during the Vietnam War. In 1990, one year before her death, Payne was presented with a Kappa Tau Alpha award, an honor society centered around journalism, which was given to Payne for her extraordinary journalism throughout her career.

On May 28, 1991, Payne died of a heart attack. However, her accomplishments were still rewarded with posthumous awards and honors. She was the only Black woman to be featured on the United States Postal System’s “Women in Journalism” stamps, released in 2002. Payne is the centerpiece in works like Eye on the Struggle: Ethel Payne, the First Lady of the Black Press and The Power of Her Pen: The Story of Groundbreaking Journalist Ethel L. Payne. Although Payne changed the lives of those around her and continues to influence journalism today, her legacy remains oppressed, all because of her race.

Why Did I Choose to Research Ethel Payne?

I first came across Ethel Payne when I was researching influential people for an English project at school. As I read articles on her, I quickly became fascinated with Payne’s bold actions and grew indulged with reading her articles. Her fierce words and everlasting desire remained firm in my mind. Payne renounced the chance to form a family, just so she could advocate for civil rights and the issues that the African-American community faced. Despite facing a multitude of criticism, her dedication was truly outstanding to me. I believe that Payne’s legacy and all that she sacrificed should be brought out to light and not kept repressed due to her race as her achievements continue to inspire journalists today.

‌Morris, J. M. (2011, August 12). Ethel Payne,'first lady of the black press,'asked questions no one else would. Washington Post. Retrived from https://www.washingtonpost.com/opinions/ethel-paynefirst-lady-of-the-black-pressasked-questions-no-one-else-would/2011/08/02/gIQAJloFBJ_story.html.