As a young girl, Susan La Flesche witnessed a white doctor refuse to treat a sick person due to their Native American ethnicity. This motivated her to become the remarkable doctor she was.

Dr. Susan La Flesche Picotte was born on June 17, 1865, during the Omaha Tribe’s summer buffalo hunt on the Omaha Reservation in Nebraska. At this time, women were prohibited from voting, and Native Americans were not recognized as citizens, making life as a female Native American daunting. Despite societal and political norms, Picotte grew up in a loving family that encouraged her to stay true to her culture and seek new knowledge. Her father, Joseph La Flesche, inherited the role of Chief of the Omahas and urged all of his people to pursue education to better themselves and everyone on the Reservation. 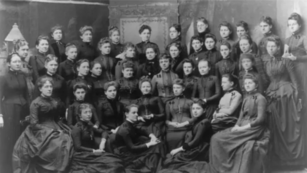 With her father’s support, Picotte was homeschooled in northeast Nebraska until she was fourteen years old. She then went on to study at the Elizabeth Young Institute for Young Women in New Jersey for three years. She used the skills she learned there to teach Natives at the Quaker School on the Omaha Reservation about hygiene until she was nineteen. While she was teaching at the Quaker School, ethnologist Alice Fletcher insisted that Picotte continue her education by obtaining a medical degree. To Fletcher’s delight, Picotte agreed to further her education and attended Hampton Normal and Agricultural Institute in Virginia, which was one of the best higher level schools for non-whites in the country. She graduated second in her class and met Martha Waldron, a resident physician and Woman’s Medical College of Pennsylvania graduate, who urged Picotte to apply to the college. Picotte followed through with her application and was accepted in 1886. She was the first person granted federal aid for professional schooling, which she received through the U.S. Office of Indian Affairs. With the government’s help, Picotte attended the Woman’s Medical College of Pennsylvania. She graduated top of her class for a three-year program, which she completed in only two years.

After many years of schooling and hard work, on March 14, 1889, Susan La Flesche gained the title of “doctor,” becoming the first Native American woman with a medical degree. Women at this time were rarely seen going to school, let alone becoming doctors, and Native Americans were viewed as hopeless. A Native American woman achieving this during such a time was extraordinary. Picotte proved that women were just as intelligent and capable as men. She did not let her gender or ethnicity limit her. 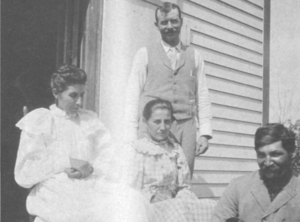 After receiving her medical degree, Picotte returned to the Omaha Reservation, in which she was the only physician for 1,350 miles and tended to over 1,300 people. Picotte took it upon herself to travel across those 1,350 miles, no matter the weather, by foot, horse, or buggy, coming to the rescue for anyone seeking help. She was busy at all hours of the day for the betterment of her patients and held great responsibility on the Reservation. On top of caring for her patients medically, she helped them through day-to-day affairs and kept a lantern in her window as a beacon for anyone who needed help in the middle of the night. She cared for her people like parents care for their children.

In 1894, she married Henry Picotte, a member of the Sioux Tribe in South Dakota. They had two sons together, Carl and Pierre. Being married and a mother in the 1890s would typically make one a full-time housewife and mother, but instead, Picotte resisted by running her own private practice and working full-time.

Unfortunately, her husband became an alcoholic and came down with tuberculosis. Picotte nursed him through the terminal illness the best she could; however, he died in 1905. His death prompted her to write to the Commissioner of Indian Affairs about alcohol abuse and sanitation issues, immersing herself into the temperance movement. Within the temperance movement, Picotte encouraged people to stop drinking alcohol excessively because she found that heavy drinking corresponded with higher rates of tuberculosis. As a doctor, she did as much as she could to keep her patients healthy, even if that meant combatting the societal norm of drinking. 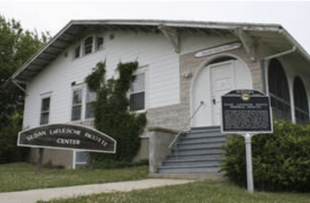 Ten years later, on September 18, at fifty years old, Dr. Susan La Flesche Picotte passed away due to bone cancer and radium exposure. She had been ill for three years from cancer and had constant ear infections, so soon before her death, she reached out to Nobel prize winner Marie Curie, who recently discovered radium and thought it could potentially cure cancer. Curie happily sent Picote a small pellet of radium, which was then placed in her ear. The pellet ended up going down her ear canal. Soon after, Dr. Picotte died. Today, it is known that radium is poisonous, so it is probable that the radium was a contributor to her death, along with the bone cancer she had had for years.

Just a couple of years before she died, Picotte opened her own hospital in the reservation town of Walthill, Nebraska. It was the first facility built on reservation land without federal aid. Her hospital served anyone regardless of ethnicity, gender, or age. She quickly gained her patients’ trust because she was able to speak English, French, Otoe (her native language), allowing her to adequately converse with them. The hospital shut down in the 1940s and is now a museum commemorating the wonderful work of Dr. Susan La Flesche Picotte.

Dr. Susan La Flesche Picotte was an amazing scholar, physician, wife, and mother who demonstrated that women and Native American people are just as capable of doing incredible things as anyone else. 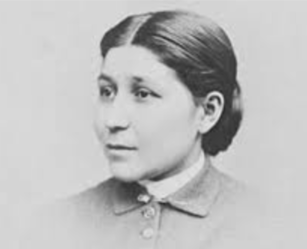 Why Did I Choose to Research Dr. Susan La Flesche Picotte?