In 1921, Lin took the entrance exam to enroll in Peking Union Medical College (PUMC). The test was a disaster: Yu Qiongying, a friend of Lin’s, fainted during the test because of extreme heat stroke and nervousness, and Lin carried Yu from the testing room into the shade. 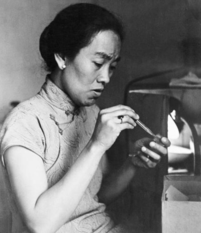 Despite being unable to finish the exam, Lin still was enrolled in the College because the examiner was impressed by her selflessness and fluency in English. Tragedy struck when in her fifth year of medical school, her father died from a cerebral hemorrhage, leaving Lin with virtually no money. She thought about quitting school, but her oldest brother and sister-in-law helped support her financially. After winning the first Wenhai scholarship, the highest prize awarded to a graduate student, Lin graduated with a Doctor of Medicine degree and became a doctor in the PUMC hospital in 1929.

Lin entered Chicago University Medical School for graduate study in 1939 and was later named an honorary member of the Chicago Academy of Nature in 1940. Lin gave up the opportunity to stay in America and returned to war-torn China, her home country. She decided to continue her work in the PUMC hospital as the director of the department of gynecology and obstetrics, becoming the first female director in the hospital’s history. 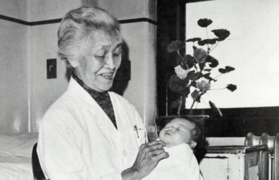 Shortly after the Japanese attacked Pearl Harbor, the United States and Japan formally declared war against each other. Around that time, the Pacific Union Hospital, which had been established by the Americans, was closed. The Japanese took over the hospital, and all doctors and nurses were forced out, including Lin. As a consequence, Lin stopped her medical research regarding gynecologic oncology, fetal breathing, pelvic diseases, and neonatal hemolytic disorders for almost 10 years, despite continuing her medical career. Lin told all of her medical students that treating a pregnant woman meant saving two lives. She soon established a private clinic in Beijing where she lowered medical fees for patients in need.

On August 15, 1945, Japan surrendered unconditionally to the United States. The Union Medical University and Union Hospital reopened in 1948. Lin was rehired as head of the obstetrics and gynecology department and was named the president of Beijing Obstetrics and Gynecology Hospital, the first of its kind in China in 1956.

Lin truly stressed hygiene for women. She believed that hospitals were the lines of defense for safeguarding and educating others about health. To ensure that women received proper healthcare, she conducted extensive research in cervical cancer. She conducted numerous screening tests and treatments, combining Western medicine with traditional Chinese medicine throughout. 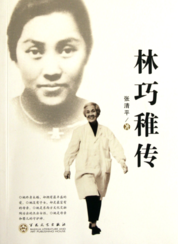 A decade later, in 1959, Lin was appointed vice president of the Chinese Academy of Medical Sciences. During China’s Cultural Revolution, a sociopolitical movement that split young radicals and the Communist Party hierarchy, she was demoted to a care worker, cleaning toilets, and washing spittoons. Surprisingly, Lin still felt grateful for her job because she was able to continue working in the hospital.

Lin never married, and within the last four years of her life, she devoted herself to writing a 500,000-word book, “Gynecological Tumor,” which highlighted new advances in science and technology regarding the diagnosis and treatment of gynecological tumors, despite suffering from life-threatening diseases herself.

In December 1980, Lin was sent to a hospital as her health was getting worse. She asked doctors to notify her if any of her own patients were in critical condition. In the spring of 1983, Lin fell into a coma and reportedly said “quick, quick, give me obstetric forceps” while still unconscious. She came out of her coma and helped deliver six babies the very day before her death.

Lin passed away on April 22, 1983, and her last words were, "I'm going to go. Don't try to rescue me anymore. Don't waste the medicine anymore." In her will, she pledged her savings to many of the kindergartens and nurseries in Beijing. Some of her savings were donated to the nursing school founded by the PUMC hospital and her ashes were scattered on the sea off her hometown of Gulangyu, as indicated in her will.

Why Did I Choose to Research Lin Qiaozhi?

I chose Lin Qiaozhi to research because I deeply appreciate Lin’s sacrifices for the children of China. Additionally, I love to write about Chinese women in order to increase awareness and appreciation for many of my biggest role models.