Alice Therese Emma Schalek was born in Vienna, Austria, on the 21st of August, 1874, to Heinrich and Klara Schalek, financially comfortable members of the liberal Jewish society. Schalek and her three siblings—Rudolf, Norbert and Melanie—were raised according to Jewish traditions. However, Alice and her sister converted to Protestantism in 1904. She attended the Lyzeum (secondary school for girls) of the Wiener Frauenerwerbsverein (Viennese association promoting women's work) and during her time there, she demonstrated a great passion for the societal circumstances of women. Moreover, she established an interest in foreign languages, learning English, French and Italian. 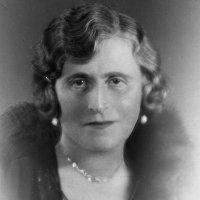 At the age of 29, she started to travel to countries within and outside of Europe. Her travels enabled her to experience personal growth and individual realisation outside of the default role models. Even her further life course did not correspond with the prevailing civil conventions, which primarily catered to marriage and maternity for women: Alice Schalek remained unmarried and earned a living as a journalist, writer and photographer.

Schalek first entered the public sphere in 1902 as the author of the well-received novel Wann Wird Es Tagen (When Will It Dawn), published under the male pseudonym Paul Michaely. Her early success in publishing was in no small part a result of her family's connection to the burgeoning field of press and media, since her father Heinrich successfully ran the Annoncen-Expedition, an advertising agency.

Her concerns regarding the exclusion of women in society only grew with time, and she entered several women's associations. These include but are not limited to serving on board of the renowned Verein der Schriftstellerinnen und Künstlerinnen in Wien (Association for Authors and Artists in Vienna) and being a member of the Austrian branch of the American Business and Professional Women’s Club as well as the Soroptimist Club. Furthermore, she was the only female member of the Concordia organisation for journalists and writers.

After the publication of her serial novel Schmerzen der Jugend (Aching of Youth) in 1909, Schalek turned to travel reporting. In doing so, she developed her own style, which strongly differs from conventional travel descriptions. The focus of her travelogues were about putting in her personal experience and including subjective impressions and encounters. Her travel books were more like adventure narrations of a woman seeking the unknown and extraordinary with aspects of danger always present in her work. Schalek made an effort to create vivid depictions and wanted to convey authenticity and immediacy, using expressive language and allowing dialogues with people, whom she had met, to be incorporated.

Her writing was met with a positive response, and from 1903 to 1935 she was employed as a writer and editor of the feuilleton section of the Neue Freie Presse (New Free Press). From 1904 to 1913, she wrote sought-after reports on her travels to Egypt, Palestine, India, Southeast Asia, Japan and Australia. Within the editorial board, Schalek had a special status and her popularity was apparent in the fact that she signed articles by name. Additionally, she wrote for several newspapers and various journals, and in 1905 she published two novellas: Das Fräulein (The Damsel) and Auf dem Touristendampfer (On the Tourist Steamship).

In 1910, she held her first public lectures in Austria, accompanied by photographs of her travels, and also became the first woman to deliver speeches at Vienna's adult education centre, Urania, in 1912. Nonetheless, she was not only an exception in the professional field but she also pursued unusual hobbies for women at the time, such as mountaineering. Enthusiastically, she undertook mountain tours in the Alpine mountains with her brother Rudolf, a leisure activity that was considered inappropriate for bourgeois women at the beginning of the 20th century. Until 1921, when she was expelled due to her Jewish descent, she even was a member at the Alpine Club section "Austria."

As of 1915, she was the first female reporter in the Austro-Hungarian Kriegspressequartier (War Press Office). Considering that women only were allowed to take photography courses since 1908, the style and technique of Schalek pictures could only be called "amateurish" since they did not stand out from those of trained photographers. Her images are no more than a reminder of the moment, showing a natural, uninvolved view of the events of the war without taking sides. However, unlike many of her male colleagues, she undertook dangerous journeys to the Tyrolean Mountains, Serbia and Galacia to interview soldiers and take photographs.

Before the beginning of her wartime journalism activities, she organised exhibitions and events to aid the war effort and feed those in need, for which she was honoured with several awards, including the Salvator Medaille der Stadt Wien (Salvatore Medal of the Viennese City). On the 11th of July, 1916, the local council decided to award this prize for meritorious work in war welfare.

Furthermore, in recognition of her media coverage and formidable reports during the war, the Austrian government awarded her the Goldenes Verdienstkreuz mit der Krone am Band der Tapferkeitsmedaille (Golden Cross with Crown on the Ribbon of the Medal for Bravery) in 1917. 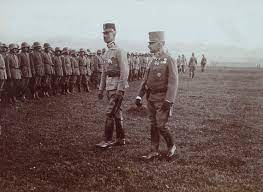 It comes as no surprise, however, that she—an independent woman, fighting for her place in the world—was not loved by everyone. She was heavily criticised by Karl Kraus, the editor of the popular journal Die Fackel (The Torch) and one of the most influential journalists of the time. He especially disapproved of her glorification of bloody battles and brutality, and, of course, her womanhood. In trying to give meaning to war, describing it, for instance as a force for modernisation, she was hardly different from her male colleagues. Kraus’s much-admired and prominent drama Die letzten Tage der Menschheit (The Last Days of Mankind), first published in 1919, satirizes many figures and mentions Alice Schalek more than once. She appears repeatedly in the play as a pushy, naïve, thrill-seeking journalist, who visits the trenches and provokes enemy fire just to have the experience of hearing bullets whistling over her head. Kraus considered Schalek as "the worst example of a warmongering journalist", even referring to her as a "hyena on the battlefield," a Jourjüdin (Jewess-journalist) and many other discrediting names.

By the end of 1916, a group of Christian social parliamentarians requested her dismissal as a war correspondent. As a result of this, Alice Schalek was dismissed from the war information office by 1917. After the war, she resumed writing travel essays on countries in Asia, North and South America. Her writing in the interwar years became more politically engaged and critical. Focusing on championing the plight of underprivileged women, Schalek reported on events such as the newly formed women's movement in Japan and the kibbutz system in Palestine.

After the Anschluss (the German annexation of Austria in 1938), Schalek was subjected to persecution by the National Socialist and arrested by the Gestapo after they discovered photographs from a trip to Palestine in her apartment. In March of 1939, Schalek was charged with "the suspicion of abominable propaganda" against the regime and imprisoned. Presumably, due to beneficial contacts, she managed to obtain a short-term disclaimer, which she used to flee in August of the same year. Through Switzerland and Great Britain, she emigrated to the United States, where she lived until her death on the 6th of November, 1956. It is unclear to what extent Alice Schalek was able to continue her career after her arrival in the United States. Nevertheless, her activity before 1939 shows that she was a crucial contributor to the role of women in journalism and photography, having made substantial and lasting contributions to modern culture.

Why Did I Choose to Research Alice Schalek?

There are a couple of reasons why I chose to research and write about Alice Schalek. Firstly, to this day, sadly, she is still known to the broader public—if at all—as a sensational war reporter of the First World War, who has found her way into Karl Kraus' book Die letzten Tage der Menschheit (The Last Days of Mankind). The play is a standard in the canon of Austrian literature and has been translated into English, while most of Schalek’s writings have gotten lost in the ether of history. By writing about all of her astounding accomplishments, I want to shed light on what a great woman she was and how she paved the way for women in the field of journalism and photography.

Furthermore, female photographers, journalists, amateur photographers and photographing nurses were an essential part of war reporting in both World Wars as well as in the Spanish Civil War—with or without accrediting. They documented the care of the wounded in the military hospitals and during the day's march. They also recorded the war at close range on the front as well as life at home on the home front. Many women were predominantly opposed to Wilhelminism, fascism and National Socialism, but being female does not necessarily mean being a pacifist. Alice Schalek, for example, was fascinated by war. In England, it was the suffragettes who fought for women's rights to vote and, with the beginning of the war, for their deployment in war. The role of women photographers as documentarians of the Spanish Civil War has so far received little attention, with one exception: Gerda Taro is now the most famous war photographer in Europe. I perceive it as necessary to educate on the astonishing achievements of women during wars, which are, to this day, mostly undiscussed.