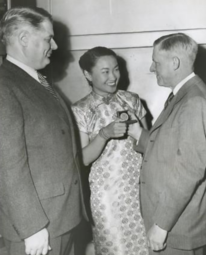 Born on a rare snowy day in San Francisco, California on January 21st, 1922, Jade Snow Wong grew up in a traditional Chinese immigrant family with eight siblings. Before she was exposed to the English language, she only spoke Chinese until the age of five. As a child, she was raised with strict Chinese values, such as being taught to behave properly and expected to live her life as a Chinese daughter, then wife and mother. Wong’s family instilled the ideology that women are inferior to men and should be obedient to their fathers and husbands. She was not allowed to date due to the emphasis Chinese culture placed on a woman’s virtue.

Despite her father’s reluctance to pay for her college education and disapproval of education for girls, Jade Snow Wong paved her own way to attending the City College of San Francisco. There, she excelled in academics and worked hard throughout college to pay for her tuition. Wong then found a passion for ceramics while taking an art class at Mills College, earning a scholarship and becoming a member of the Phi Beta Kappa sorority. Upon her graduation from Mills College with high honors and a double major in economics and sociology, she worked as a secretary at the War Production Board in downtown San Francisco during World War II. 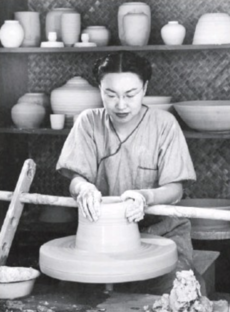 Jade Snow Wong had always loved writing, and she finally conveyed that passion to millions of readers in 1950. In the Fifth Chinese Daughter, Wong wrote an autobiography about her life in the third person point of view. It described her upbringing in America as the fifth daughter among nine children in a Chinese immigrant family. In Chinese culture, the firstborn child is usually favored in a family and regarded as the superior sibling. In her case, Wong was not favored by her parents because she was a girl and the middle child. Her book quickly gained popularity because it told the relatable and inspiring story of a first-generation Asian American and her parents' financial hardships in a foreign country.

Although Wong was known as a writer, her skills in ceramic arts also allowed her to pursue a career in the field. Wong changed her initial career path from a social worker to ceramicist after she discovered her talent in pottery. However, she still struggled financially and could not afford to buy her own studio in San Francisco. After many tries, a store merchant finally agreed to let Wong sell her ceramics in front of their store window in Chinatown. After that, her pottery career quickly exploded in business and she sold her work across the US.

In 1950, Wong married Woodrow Ong: a silversmith and potter. They had worked on many ceramic arts and eventually opened up a travel agency together. Wong became a caring mother to four children: two sons and two daughters. Due to her family and businesses, she did not write for another 25 years until she published No Chinese Stranger, a sequel to Fifth Chinese Daughter, at the age of 53. 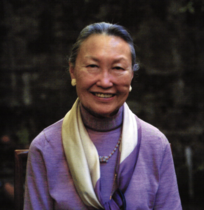 Jade Snow Wong was celebrated as one of the first female authors to discuss the struggles of immigrants and growing up in a strict Chinese household. Fifth Chinese Daughter was one of the best-selling 20th century books, categorized as core Asian American literature and read by thousands of students in high school and college. It was also broadcasted as a half-hour show on television during the 1970s. Her success led to a request by the US State Department for her to become a cultural ambassador to Asia. In 1976, she received an honorary doctorate from Mills College as a devoted alumna who made significant contributions to the college. Aside from her experiences as a successful writer, Wong’s pottery artworks were displayed at various museums in San Francisco, New York City, Chicago, Oakland, Washington DC, Detroit and Italy.

In 2006, Jade Snow Wong passed away in San Francisco due to cancer at the age of 84. Years after her death, many readers are still sending letters to Wong’s family to show their appreciation for her book on growing as a Chinese American and how they relate greatly to her experiences. She inspired Asian Americans to cultivate themselves by sharing her perspectives with the world.

Why Did I Choose to Research Jade Snow Wong?

Growing up, I never really saw any representation of the Asian culture in the media and film industry. In many Hollywood movies and shows, most of the awkward nerds or martial art experts were always played by Asians. When I read Jade Snow Wong’s autobiography in high school, I was inspired by her story and found someone I could finally relate to. I chose to research Jade Snow Wong because solely her hard work contributed to her success. Not only was she a talented artist who came from nothing to having her artworks in many well-known museums, but she was also a girl who worked hard to attend school without financial support from her family. To me, she was a determined person who overcame her obstacles to pursue her dreams.