Dr. Kamala Sohonie refused to let anything get in the way of her ambitions. Seeing her father and uncle study chemistry and follow the “family tradition” of having careers in scientific research, she saw no reason that she couldn’t do the same. Why should she not be able to study science and change the world just because she was a woman? 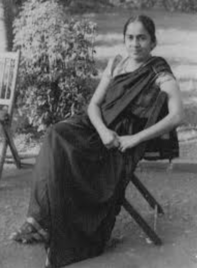 After receiving a BS with honours in Chemistry and Physics in 1933 from Bombay University (now the University of Mumbai), Sohonie wanted to continue her studies at the Indian Institute of Science. There, the Nobel Laureate Professor C. V. Raman refused her admission on the grounds that she was a woman. Sohonie refused to accept this, determined to continue her education and path into scientific research. As a follower of Mahatma Gandhi, who promoted Satyagraha, a form of peaceful protest based on causing disruption, Sohonie employed these methods in Raman’s office, causing enough inconvenience to his normal day that he finally relented. However, her entry to the institution came with conditions: she had to spend her first year on probation where Raman regularly scrutinised her work, she had to work late nights, and she could not be a distraction to the male researchers working there.

Although she was indignant at his response, Sohonie accepted his offer. During her year of probation, she worked diligently, which paid off: at the end of the year, Raman was satisfied with her work ethic and attention to detail, so her probation period ended. Sohonie paved the way for women’s admissions to the institution and their careers in science. Her actions led to other women being admitted to the institution regularly from that year onwards.

Later, when talking about the experiences she went through in trying to join the Indian Institute of Science, Sohonie said: “The bias against women was so bad at that time. What can one expect if even a Nobel Laureate behaves in such a way?” Despite her bad experiences working under Raman, adding: “I can never forget the way he treated me just because I was a woman,” she successfully completed her MS with distinction in 1936.

Sohonie’s path into scientific research did not end there. She studied at Newnham College in the University of Cambridge and became the first Indian woman to complete a PhD in a scientific discipline. Not only did she make history for Indian women interested in science, Sohonie did so without breaking her stride: determined to prove herself, she worked hard and completed her PhD in only 14 months, when most PhDs take between 3 and 4 years. Her work with Dr. Robin Hill, studying plant tissues, led to Sohonie discovering cytochrome C in the photosynthetic electron transport chain. Cytochrome C is an electron carrier essential for ATP synthesis and energy transduction in all life, so its discovery in plants was important for characterising photosynthesis.

After her PhD, Sohonie returned to India and continued to develop her research and reputation as a scientist, holding positions in the Lady Hardinge Medical College and the Nutrition Research Laboratory in Cohoor. After getting married, she moved to Mumbai and joined the Department of Biochemistry at the Royal Institute of Science, continuing her earlier work of researching vitamins and the nutrition of common food items. She began by investigating three food groups that were majorly consumed by financially disadvantaged populations of people in India, then focused on Neera, or palm nectar, a sap extracted from palms that was commonly made into a drink. She discovered that Neera had a high content of vitamin A, vitamin C, and iron–and, importantly, that this content was not significantly reduced during the concentration of Neera into palm jaggery and molasses. Sohonie’s research led to an increased inclusion of Neera in the diets of malnourished people, particularly children and pregnant women. This was so effective because it was an inexpensive but highly beneficial dietary supplement, and these steps improved the health of populations of people in India. Sohonie was awarded the Rashtrapati Award by the President of India for her work. 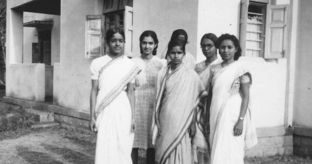 She was later appointed as Director of the Royal Institute of Science, although this promotion is believed to have been delayed by four years due to the gender bias in the institution and within the wider scientific community. In 1997, Sohonie won the National Award for Excellence and Contribution to Science.

After a long and successful career, Sohonie died in 1998, shortly after receiving a standing ovation at a celebration for her by the Indian Council for Medical Research. Although she faced many barriers throughout her life, Sohonie never let these stop her from following her ambitions and becoming a scientist. Refusing to let a Nobel Laureate be the end of her career, becoming the first Indian woman to receive a PhD in science, and working to change the lives of millions of people across India with her research, Sohonie’s legacy lives on and she continues to inspire women in STEM across the world.