Described as a “force of nature”, Wu Yi is renowned for her work in politics and international negotiations. She earned the name China’s “Iron Lady” and is considered to be one of the most powerful women in the world.

Wu Yi was born on November 17, 1938 in Wuhan in the Hubei Province of mainland China. Despite growing up in a culture that offered few crumbs to female education, Wu Yi graduated from Beijing Petroleum Institute in 1962 with an engineering degree and an eagerness for entrepreneurship. Decades later, Wu Yi reflected on her youth and said, “I never developed a desire to enter politics… In an enterprise, you can develop your own thinking.” 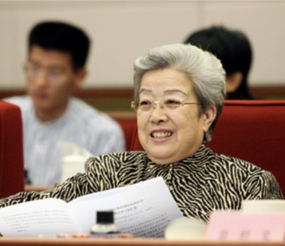 She moved to work at the Beijing YanShan Petrochemical Co., a training ground for the political elite and hot-spot of public policy. Over the course of two decades, Wu rose through the ranks of the male-dominated petroleum industry from engineer, to technician chief, to deputy chief engineer, to deputy manager. Eventually, in 1988 she was promoted to be one of the six Beijing mayors.

In 1991, she skillfully handled high-level meetings on Sino-US relations as deputy mayor of Beijing. The negotiations operated on an economic front due to a looming trade war, and on a philanthropic front in repairing China’s international image after the Tiananmen Square massacre. She held spirited negotiations with American representatives Mickey Kantor and Charlene Barshefksy concerning the protection of intellectual property and dollar-to-yen currency imbalances.

Wu’s cutting edge humor truly shined when US representatives accused China of pirating music and software, and she quipped that they had been stealing Chinese culture and putting it in museums without notifying the sources. Barshefsky, despite having clashed with Wu during the meeting, recounts, “She’s very tough, but also reasonable, and understands the US as well as, if not better than, anyone in the Chinese leadership.” After Wu’s incredible performance in the 1991 delegation, China’s paramount leader Deng Xiao Ping appointed her as Vice Minister of Foreign Economic Relations and Trade. 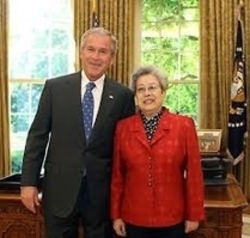 By 1997, she had been promoted once again to State Councilor - one of five in all of the state’s government. Across the board, she hammered out dozens of trade agreements with Russia, Belgium, Barbados, Finland, and Uzbekistan. In 2003, she earned the title of Vice Premier of the State Council, one of the highest administrative positions which made her the most powerful woman in Chinese politics, and possibly the world. As Vice Premier, she was tasked with all aspects of top-down civil bureaucracy including the nation’s economic, social development, and state budget. During this time, Wu facilitated China’s entry into the World Trade Organization and continued overseeing trade negotiations. 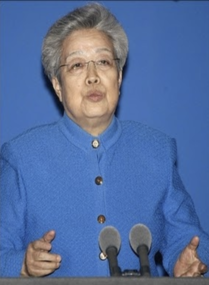 During the SARs outbreak in April of 2003, Wu commanded China’s public health sector and saved thousands of lives. She was appointed the Minister of Health in a 137-1 vote— the previous minister was fired for attempting to cover up the existence of the epidemic. It is said that “crisis is the mother of opportunity”, and Wu embodied this proverb through her swift policies. She publicized hospital records to the World Health Organization, established mass mobilization efforts, and implemented quarantine and social distancing measures to contain the epidemic. Her swift policies led to her appearance on Time’s 100 Most Influential People of 2004 and being hailed as a “Goddess of Transparency.”

Similarly, Forbes magazine has ranked her second in The Most Powerful Women in the world in 2004, 2005, and 2007 and third in 2006. Wu has garnered respect and praise from leaders around the world. For example, former US President George Bush thanked Wu for her goodwill to make US-China trade more equitable after a joint commission in 2006. Though her role on the international arena has been well-documented, she remains largely unknown to the general public.

Furthermore, her contributions to women’s representation are far-reaching and inspirational. In Chinese politics, women make up 20% of parliament and less than 8% of the elite central committee. Wu Yi sets an example for female leadership, being the only woman to rise this far without being married to a high ranking official. In fact, she never married at all. She claims that after having committed so many years to her career, she is “too old” to marry. With regards to women’s rights, she spoke at the 2003 UN General Assembly for Women calling for greater efforts to eliminate women’s poverty and better involve them in the trajectory of economic globalization and upward social mobility.

She retired in 2008 to a roaring sea of standing ovations for decades of her service, and currently lives a content life with her niece in Beijing.

The Economic Times. (2007, May 23). China's strong lady, Wu Yi, has few peers in the trade game. Retrieved from https://economictimes.indiatimes.com/news/international/chinas-strong-lady-wu-yi-has-few-peers-in-the-trade-game/articleshow/2067986.cms?from=mdr