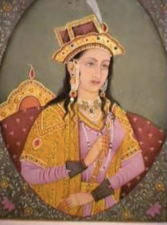 Mariam-uz-Zamani, fondly known as Jodha, was born into Hindu-Rajput royalty on October 1st, 1542, in Amer India (present day Jaipur). Jodha’s original birth name is not known as she was given her name, Mariam-uz-Zamani, by Akbar shortly after the birth of her son. The name means “Mary of the Age”, and is used in most sources of literature, both primary and secondary, which is why it is so well known. She was born in a period of political fragmentation during a power struggle between the Rajput princes. She began her training as a princess from a very early age in preparation for marriage to a man of high status. In addition to having traditional dancing and singing classes, Jodha was also educated in politics, business trades, religion, and important fighting skills.

In 1562, Jodha’s father arranged for his daughter to be married to Prince Akbar, the Mughal Emperor, as a way to consolidate his imperial power. It was an odd match, since Akbar was Muslim and Jodha was Hindu. Jodha knew that she would become an outcast in an Islamic community but agreed to the marriage nonetheless. The palace staff even predicted that she would commit suicide due to all the stress that came with being the Queen, especially being a Hindu one.

Having multiple wives was a custom in Mughal India, and one of the reasons why Jodha had such a great influence on Akbar’s beliefs is that she was his favorite and dearest wife. This was partially because she gave birth to a son.

In 1569, Jodha gave birth to her firstborn Salim Jahangir, who later became Akbar’s successor to the Mughal throne.

Jodha influenced many of Akbar’s reforms, including revoking a law which prevented the construction of Hindu temples, in addition to establishing the order that all Muslims must respect cows since they are considered sacred in Hinduism. The sectarian tax, called the jizya, on non-Muslims was also abolished. The Mughal Empire allied with Hindu princes and promoted Hindus to high government positions rather than prosecuting them. Akhbar unified India, with Jodha as his right hand woman and most trusted advisor. Some say that Jodha deserves more credit for the Mughal Empire’s success than given because she inspired Akbar’s religious tolerance. 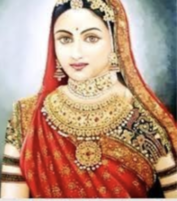 Although Jodha was responsible for many more achievements during Akbar’s reign, her most influential period was during her son’s rule, Jahangir. Since Jahangir was her child, he felt subordinate and let her make highly impactful decisions for the Mughal Empire. He allowed her to become more involved with the royal administration and gave her the rare privilege to issue the “Farman”, or royal order. She also ordered the construction of gardens and wells around the city of Agra and oversaw the building of Muslim mosques as well as Hindu temples.

One of Jodha’s significant feats was through trade in the Mughal court. She owned and directed ships which transported pilgrims to and from Mecca, as well as securing access to European trade for the Mughal Empire. This contributed greatly to the wealth of the royal court, as countless business deals over spices and silk were made during this time period.

The cause of Mariam-uz-Zamani’s death is unknown, but according to most historical sources, she died of natural causes on May 19, 1623. After her passing, her son built a mosque in her name in Lahore, Pakistan. It is called “The Mosque of Mariam Zamani Begum Sahiba.” Her legacy lives on after her death, as she is featured in many books, poems and modern-day movies for her revolutionary religious tolerance.

Why Did I Choose to Research Mariam-Uz-Zamani?

When I was 8 years old, I watched the film Jodha Akbar, and I was absolutely mesmerized. I had never seen a historical film in which the starring woman wasn’t just the typical main character’s wife. She held so much power and influence over her empire and ruled with dignity. While thinking of underrated women in history to research, Mariam-uz-Zamani came to mind because of the impact she made on me. I wanted to share her unknown story to other young women who might find her just as interesting as I do.