Emerging from the dozens of underrepresented groups in America is Helen Zia, a refreshingly vocal pioneer of equal rights for all. Born into an immigrant family, Zia experienced the firsthand discrimination faced by the vast majority of people of color. Since then, she has guided movements from gay rights to Asian American rights.

Zia was born in 1952 in Newark, New Jersey, in the United States. Her parents were first-generation immigrants from Shanghai, China, and they owned a small flower business that Zia occassionally worked at. Growing up, Zia was often ridiculed for being one of the only Chinese American children in the city. “Go back to where you came from,” she heard frequently, despite her American citizenship and the fact that she had never been to China. These comments sparked a deep interest in her cultural roots that she would eventually learn from her mother, a refugee of the Communist revolution who spent most of her life refusing to share her memories of China. 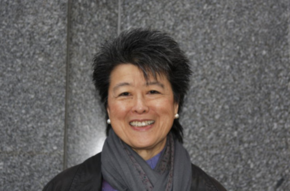 In the 1970s, Zia studied public and international affairs at Princeton University. She belonged to the first coeducational class Princeton offered and graduated as one of its first female students in 1973. During her time in school, Zia began advocating for causes she believed in, including women’s rights to education, opposition to the Vietnam War, and unity across minority races. Never drifting from her roots, she helped establish the Asian American Students Association chapter at Princeton, which continues to combat racial injustices at Princeton today. She advanced to medical school at Tufts University for two years before dropping out in 1976 to pursue other interests.

After leaving Tufts, Zia moved to Detroit, Michigan, where she dabbled in autowork and construction labor before she found her true passion for writing. She worked her way up the ranks of the Metropolitan Detroit newspaper, eventually being promoted to associate editor. Zia used her platform to recount the injustices not only Asian Americans, but all people of color faced in the United States. As a member of the LGBTQ+ community, she advocated for same-sex rights and publicly spoke about the social stigma associated with non-heterosexual relationships. She came out as lesbian on national television in 1992. Years later, she would testify as witness in the landmark US Supreme Court case, Hollingsworth v. Perry, which legalized same-sex marriage in California. In 2008, Zia married her partner, Lia Shigemura, becoming one of the first same-sex couples to marry in the nation.

Tragedy struck the Asian American community of Detroit during Zia’s stay. In 1982, Vincent Chin was beaten to death by two white autoworkers who assumed Chin was Japanese, when he was really Chinese American. Around this time, the American automobile industry was collapsing due to stiff competition with Japan. Chin’s assailants yelled racial slurs at him before inflicting fatal damage to his head. Although the two men were originally charged with second-degree murder, their charges were reduced to manslaughter and they received no jail time. 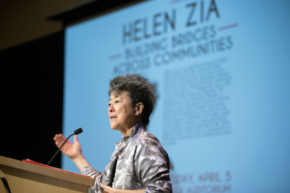 This violent hate crime galvanized Zia to spur the Asian American community into taking action. In her writing, she advocated for her fellow citizens of Asian descent to join arms to demand justice for Vincent Chin. When the American Civil Liberties Union, an organization advocating for a wide range of social issues regarding civil rights, refused to help with the case, Zia cofounded American Citizens for Justice, an Asian American rights organization based in Detroit, and argued that Chin’s court case was a matter of civil rights. As a result of Zia’s efforts, one of Chin’s assailants was sentenced to twenty-five years in prison. The federal case marked a turning point in U.S. history when Asian Americans, particularly Chinese Americans, became more politically visible in society.

In 1995, Zia was chosen as a delegate representing journalists-of-color during the Fourth United Nations World Congress on Women. Furthermore, she was the board director of the Women’s Media Center, a nonprofit highlighting the activism and publications of women, and executive editor of Ms. Magazine. In 1998, she received the Chinese-American Journalist of the Year Award. In addition to her numerous journalism accolades, Zia received an honorary Doctor of Laws degree from City University of New York’s Law School and an honorary Doctor of Humane Letters degree from the University of San Francisco. 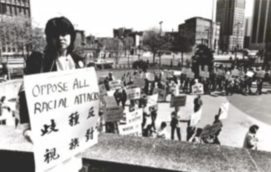 Since then, Zia has published multiple books detailing life as a second-generation Chinese immigrant. Asian American Dreams: The Emergence of an American People was published in 2000 and was a finalist for the Kiriyama Pacific Rim Book Prize, a prestigious international literary award. The book describes the rise of Asians in America, from being a politically invisible minority to a cultural power influencing many aspects of society. Former president Bill Clinton is rumored to have quoted Asian American Dreams in two of his White House speeches. Her most recent book, Last Boat Out of Shanghai: The Epic Story of the Chinese Who Fled Mao’s Revolution, was published in 2019. Zia interviewed hundreds of Shanghainese refugees in the process of writing this narrative about the horrors of escaping Communist China in the late twentieth century.

Today, Helen Zia is celebrated as a candid reminder that many social issues are still unresolved. She brings light to the many injustices faced by underrepresented groups through her journalism, writing, and activism. Her investigations helped raise awareness for domestic and hate violence while her lifelong dedication to same-sex rights paved the way for future LGBTQ+ advocates.

Why Did I Choose to Research Helen Zia?

I chose to research Helen Zia because she has inspired countless people to embrace their culture while appreciating others. Zia was never shy about her personality or beliefs and she worked hard to achieve the goals she set for herself. She never let a simple “no” get in her way and actively fought for equal human rights. As a Chinese immigrant myself, I appreciate the work Zia has done to dissolve racial barriers for us to live peacefully in.