Known for her tenacity and persistence, Jane Addams was a heroine who fought for equality and whose achievements were largely unacknowledged until the 1990s. 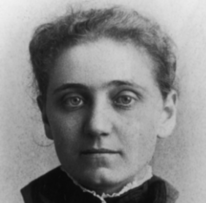 Jane Addams, born as Laura Jane Addams, was born on September 6, 1860 in Cedarville, Illinois. The death of her mother prompted Jane to have a close relationship with her father, whose social work inspired her own views and morals. Addams grew up in an affluent household as her father was an influential businessman that worked with politicians, including Former U.S. President Abraham Lincoln. Despite her privilege, Addams dealt with complicated health issues such as tuberculosis, which was incurable at the time, and spinal problems from a young age.

Addams attended the Rockford Female Seminary, a private university in Illinois, where she was the class president for all four years and graduated at the top of her class. She spearheaded the new generation of “college-educated, independent women,” known as the “New Women.” Hoping to make a difference in the medical field, Addams spent six years studying medicine, though ironically couldn’t pursue her studies further due to her own poor health. Inspiration for her goal of social justice struck two years later in London when she visited Toynbee Hall―a settlement house assisting poor industrial workers―with her good friend, Ellen Gates Starr. From that moment, Addams made it her mission to bring that same idea to the United States. 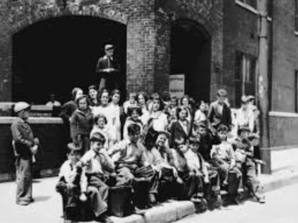 In 1889, Addams founded the Hull House. The settlement house consisted of 13 connecting buildings including a kindergarten, educational facilities, gymnasium, cooperative clubs, shops, housing, and even a playground. In addition to managing the Hull House, Addams and Starr were actively involved in the reformation of child labor laws, establishment of juvenile courts, trade union organizations, social welfare programs, as well as being contributors to the woman suffrage and international peace movements.

Addams dedicated her life to helping others: she founded and led countless organizations, including the National Child Labor Committee, the National American Woman Suffrage Association (NAWSA), the National Association for the Advancement of Colored People (NAACP), and most notably, the National Conference of Charities and Corrections— where she was the first woman to serve as president. Addams found her “need for peace over violence” during WWI, where she protested against the United States’ entry into the war, believing humans could use non-violent ways to solve their international issues. Addams’ anti-war efforts sparked backlash and criticism from the media, who often encouraged America’s entry in the war due to threats from Germany. 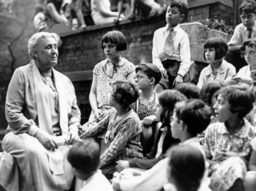 In addition to her participation in protests, meetings, and events, Jane Addams found time to write about personal experiences of peaceful protests and campaigns, in which she criticized the glorification of war. For example, in her articles, Peace and Bread in Time of War as well as Newer Ideals of Peace, Addams discussed what “Nationalism” means and how political leaders used the term as justification for instigating violence. She concluded her article by reinforcing her belief in pacifism, which received both praise and backlash.

At 70 years old, Addams became the first American woman to win the Nobel Peace Prize. Even near the end of her life, Addams never stopped fighting. After experiencing a rough recovery following a heart attack in 1926, Addams passed away on May 21st, 1935.

Addams dedicated her life to serving and advocating for those who needed their voice heard and was, ultimately, known as “the world’s best-known and best-loved woman” by the New York Times.

Why Did I Choose to Research Jane Addams?

My love of Jane Addams (and the reason she chose her) came from a research project I did in 5th grade. I immediately became interested in her life and her efforts for women’s rights. I hold a special place in my heart for Addams as she passed away on the same day as my birthday...crazy right? I also loved talking about Jane Addams in AP U.S. History last year and was absolutely ecstatic to see her work was the first document on the DBQ for the exam.