By Sophia Chaudri and Vivian Guo

Born in Cairo in 1940, Leila Ahmed grew up in the midst of a changing Egypt. Following the termination of World War II in September of 1945, the nation found itself accompanied by instability and revolution. Public demonstrations became increasingly prevalent regarding issues ranging from the presence of Arabs in Palestine to dismantling the British occupation in Egypt. Simultaneously, Arab nationalism propagated throughout Ahmed’s community, as Gamal Abdel Nasser rose to power. Ahmed's father was opposed to Nasser's construction of the Aswan Dam, but his opinion resulted in the loss of his job. Government officials attacked him and threatened him for treason, which nearly cost Ahmed the opportunity to attend university abroad. After obtaining her Ph.D. at Cambridge University, Ahmed turned to the University of Massachusetts, where she became a professor of Near Eastern Studies. There, she was director of both the women’s studies program and the Near Eastern studies program. She currently teaches Women’s Studies of Religion at the Harvard Divinity School in Cambridge.

Growing up in a Muslim household forced Ahmed to confront the intersection of her identity as a Muslim and Arab woman from a young age. The concept of “other-ness” is one she often explores through her writing. Whether it be experiences stemming from her own “other-ness” and social discomfort studying abroad in the Western world as an Arab woman or that of her Christian friends in a nationalist, pride-driven Egypt in the Eastern world, Ahmed highlights the significance of singularity in context. Edward William Lane: A Study of His Life and Work and of British Ideas of the Middle East in the Nineteenth Century discusses Arabian perspectives surrounding the ideologies and life of Edward Lane, a British orientalist and translator. 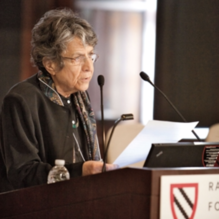 In a 1982 article titled Western Ethnocentrism and Perceptions of the Harem, Leila Ahmed criticizes the West’s continued ignorance regarding the Arab world with respect to cultural and historical dissimilarities. Ahmed makes an effort to dismantle projections from the Western feminist perspective when examining the ritualistic practice of wearing a hijab. She asserts that the veiling of women is no more oppressive than a lack thereof. Ahmed furthers this point by stating that the vilification of Islam has thwarted attempts at true intersectionality on a global scale.

Published in 1992, Women and Gender in Islam: Historical Roots of a Modern Debate disconnects perceptions of the Quran from Islam itself, claiming that oppressive practices that have supposed roots in the holy text exist solely as a result of patriarchal interpretation rather than explicit hierarchy. Ahmed encourages the demolition of linear judgement; her work is a testament to the power of multidimensional philosophy. Male domination in the Muslim community is the fruit of established sociosexual relations independent of religion. It is only when culture, heritage, and history are granted complete visibility that oppression may be resisted. Emancipation comes at the expense of mythology. 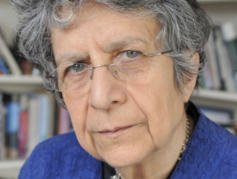 Reviews of A Quiet Passage: The Veil’s Resurgence from the Middle East to America are fascinated with Ahmed’s thesis, in which she ties the upturn of hijabi culture to the birth of contemporary Islam. Likewise, her most recent release, A Border Passage: From Cairo to America—A Woman’s Journey, differs from other previous works. As a memoir, the book is more personal in nature. It details her own unique experiences, drawing on the idiosyncrasies of the individual narrative while simultaneously maintaining the integrity of the greater issue at large, being the struggle for a sense of identity when caught between two worlds.

Leila Ahmed is an emblem of female enfranchisement and cultural responsiveness. Her writing actively serves as an avenue for increased visibility of a world that is no longer tied to standards of ritualistic Islamic tradition. Her work is where contemporary Islam and modern feminism collide.

Why Did I Choose to Research Leila Ahmed?

The intersection between my identity as a Muslim and my identity as a woman in one I often consider convoluted and difficult to navigate. Reading Leila Ahmed’s works have aided in my understanding of what Islam means both in practice and in text.

‌Tippett, K. (Host). (2005, October 13). Leila Ahmed: Muslim Women and Other Misunderstandings [Audio podcast transcript]. In On Being with Krista Tippett. On Being. https://onbeing.org/programs/leila-ahmed-muslim-women-and-other-misunderstandings/