Sara Josephine Baker was born on November 15th, 1873 to a Quaker family in Poughkeepsie, New York. Her father, Daniel Mosser Baker, was an affluent lawyer, and her mother, Jenny Harwood Brown, was one of the first women to attend Vassar College. Her family, especially her Aunt Abby, encouraged Baker’s education and taught her not to conform to societal expectations. Her whole life, Baker dreamed of following in her mother’s footsteps and going to Vassar College. Unfortunately, her plans went awry when her father and brother died in a typhoid epidemic when she was just sixteen years old.

The death of her family members inspired Baker to study biology and chemistry at home, in order to obtain the knowledge needed to go to medical school. Once she graduated, she would be able to become a doctor, thus providing her family with financial support. Rather than applying to Vassar College, Baker went to the New York Women’s Medical College, founded by the famous Blackwell sisters. There, she became a part of one of the first generations of female doctors. In fact, in 1900, only 6% of physicians were women. Her experiences in college included meeting many female role models, one being Mary Putnam Jacobi—an esteemed female physician. Baker graduated second in her class of eighteen in 1898. 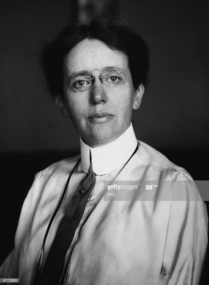 Following her graduation, Baker seized the opportunity to become an intern at the New England Hospital for Women and Children. At the time, women were not permitted to work in general hospitals alongside men. Working at this internship, she treated patients from some of the most destitute and unsanitary slums in Boston, Massachusetts. Her and her companion Dr. Florence M. Laighton, a fellow intern, later established their own practice near Central Park West in New York. Because their practice was entirely women, they were quite unsuccessful, struggling to make barely $185 in their first year of operation. As a result, Baker dressed very masculinely, wearing tailored suits and neckties—which was not typical for women during her time. Due to the way she dressed and the way she wore her hair—parted in the fashion of Theodore Roosevelt—many of her colleagues stated that they “forgot she was a woman.”

In 1901, Baker was appointed as a medical inspector for the New York City Department of Health, where she examined ill schoolchildren and attempted to control the spread of diseases. A year later, she was given the job of searching for sick infants in Hell’s Kitchen, where over 1,500 children were dying per week of dysentery, an infection of the intestines that resulted in severe diarrhea. This area of New York City was the most densely populated place in the world during this time period. Jacob Riis, a famous photo-essayist during the Progressive Era, described it as “a world of bad smells, scooting rats, ash barrels, dead goats, and little boys drinking beer out of milk cartons.” Conditions were horrendous, with many people living in extremely unsanitary tenements and slums where disease spread rapidly.

In addition, Baker reduced infant mortality rates astronomically by licensing and training midwives. It was customary among immigrant women to have their children delivered by midwives, for they did not want their children born in male-dominated hospitals by male doctors. However, midwives were often untrained, resulting in unsafe births. Baker created a licensing program for midwives that was so successful, home births began to have a lower mortality rate than hospital births. In one year, the death rate among infants was reduced from one-half to only one-third. Baker also created the Little Mothers League, which trained young girls to care for babies while their mothers were working. The League employed nurses who taught schoolgirls how to feed, dress, and generally care for infants in a safe and sanitary manner. 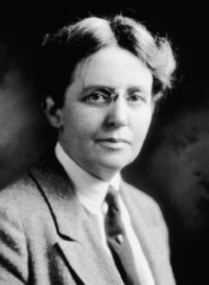 An outbreak of typhoid in New York City began to spread rapidly in 1907, whose origin was unknown to doctors. Baker was able to find the source of the outbreak: a cook that unknowingly spread the disease by refusing to wash her hands while working in several city households, who later became known as “Typhoid Mary.” Mary was extremely uncooperative upon her condition being discovered. She refused to be tested, and was eventually forced to quarantine and self-isolate after she attempted to stab Baker with a fork.

In 1908, the city created the Division of Child Hygiene, and appointed Baker as the director. As a result, Baker became the first ever woman in the United States to hold an executive position in a health department. Her accomplishments with this position included the founding of a foster care system to give orphaned babies a more sanitary environment than was found in orphanages, the introduction of prenatal care, the creation of a school inspection system, and the introduction of a uniform system of record-keeping procedures that became used by health departments nationwide. Moreover, Baker opened specialized clinics that had public health nurses teach parent training to new mothers. All in all, Baker’s reforms resulted in mortality rates for infants to drop drastically, from one in six in 1907 to just one in 20 by 1943.

One of Baker’s major projects to promote reform in public health was the establishment of what were known as “milk stations” throughout the city. These were places where nurses were appointed to examine infants and distribute high-quality milk for mothers who were not able to breastfeed. In 1911 alone, fifteen milk stations prevented over 1,000 deaths. The next year, forty more were opened. 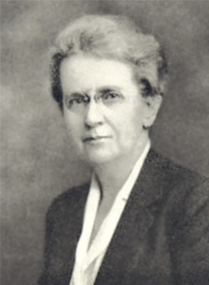 Baker established the Federal Children’s Bureau in 1912, and made plans for creating divisions to protect child hygiene within each state. Because of her extreme knowledge of public health and sanitation, the New York University Medical School invited her to lecture their students on child hygiene and help create a course that would eventually provide a degree for being a doctor in public health. Baker, being a female minority in the STEM field, had no actual degree herself, as she was denied the opportunity. She offered to teach the program in exchange for a diploma, but Dean William Park refused to allow a woman to attend his school. Because of this, Baker rejected his invitation to lecture. Park attempted for a year to find another instructor, but failed to find anyone who was nearly as qualified; eventually, he relented, and admitted Baker among other women to his school. Despite being treated with prejudice and hostility by the other male students, Baker persevered, and taught at NYU for fifteen years. She became the first woman to earn a PhD in Public Health from NYU and Bellevue Hospital Medical College.

From 1922 to 1924, Baker was the US representative on the Health Committee of the League of Nations. She was then appointed as the Consulting Director in Maternity and Child Hygiene of the US Children’s Bureau.

Outside of her work in the medical field, Baker was a very progressive feminist. She founded the College Equal Suffrage League with five other women, who campaigned for women’s voting rights. She was also a member of the Heterodoxy Club, a discussion group made up of more than one hundred women, where she was known as “Dr. Joe.” In addition, she was a proud lesbian, who lived with her longtime partner, writer Ida Wylie, after retirement until her death due to cancer on February 22nd, 1945.

Baker detailed her accomplishments in public health along with her experiences with discrimination and prejudice in her memoir, Fighting for Life. Sara Josephine Baker is an unparalleled woman in history, who set the example for others that women can accomplish any task, despite the hostility often faced from men--especially in the field of STEM. Overall, Baker could quite possibly be considered the pioneer of STEM for women.

Why Did I Choose to Research Sara Josephine Baker?

I am very interested in STEM, specifically in biology and public health. Sara Josephine Baker is the prime example of an underrepresented woman in history who made vital contributions to public health in society. Without Baker, infant mortality would have caused countless deaths in New York City slums, and sanitation would have continued to be extremely poor. Not only did her accomplishments impact society as a whole, but she specifically aided her fellow women who did not have access to proper medical care. Additionally, she inspired other women, like myself, to go into STEM, despite the discirimination often faced by female biological scientists and doctors.