As one of Mexico’s leading literary voices in the twentieth century, Rosario Castellanos has become a great influence to many. Castellanos’s openness about women’s and cultural issues has exposed many important issues to Mexican society, prompting essential changes.

Born on May 25, 1925, in Mexico City, Castellanos was raised near a ranch owned by her family in Comitán, located in the southern state of Chiapas near the border of Guatemala. Though her family owned a big portion of land, most of it was lost once land reform and peasant emancipation policies were implemented by President Lázaro Cárdenas in 1941. As a result, Castellanos, at the age of 15, and her parents moved back to Mexico City. Unfortunately, her parents passed away within a month of returning, forcing her to fend for herself.

After her parents’ death in 1948 and the publishing of a poem called Endless Death by José Gorostiza, Castellanos was inspired to become a poet. She enrolled at the National Autonomous University of Mexico (UNAM), where she studied law, literature, and philosophy. After initially going into law to please her parents, she later abandoned this occupation for a master’s degree in philosophy that aligned more with her interests. She also joined the National Indigenous Institute, whose mission is to guarantee the rights of Afro-Mexican and indigenous people through cultural policies and programs. Here, she began writing scripts for puppet shows, promoting literacy to those in less fortunate areas. The institute was coincidentally founded by the person that took her own family’s land away—President Cárdenas. 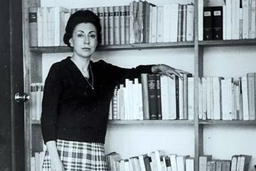 Around this time, Castellanos wrote a weekly column for the newspaper named Excélsior. It included details about her daily life living in the city, her literary hobbies, and her different cultural identities. After graduating from the UNAM, she transferred to the Faculty of Philosophy and Letters, where she began to spend a lot more time with Nicaraguan, Guatemalan, and other Mexican writers. Afterwards, this would be referred to as “The 1950 Generations.” It was also in 1950 that Castellanos earned her master’s degree in philosophy.

Eight years later in 1958, Castellanos married Ricardo Guerra Tejada, who was a professor of philosophy. A few years later in 1961, they had a son, Gabriel Guerra Castellanos, who as of now is a political scientist. Thirteen years after her marriage with Guerra, they divorced due to unfaithfulness on his behalf. Her heart had already suffered a lot, including depression from multiple miscarriages, but she didn’t allow it to interfere with her work. After her divorce, Castellanos decided it was time to turn to a new page and march on with her head held high. She started voicing her opinions in her articles about defending women’s rights, while also writing poems and keeping her column in the newspaper up to date. While she was a part of the National Indigenous Institute, the government recognized her as an important part of the group, and, together, they planned and provided services and resources to Native communities. Castellanos’s work eventually caused her to be named the ambassador of Mexico to Israel in 1971. All of this helped in her journey to becoming a symbol of importance for Latin American feminists. 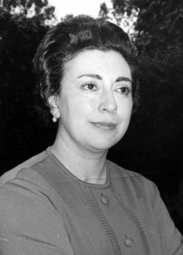 In her writings, Castellanos imbues her writing with many Catholic themes. She was very passionate about religion from reading the works of Saint Teresa of Ávila, a 16th century Spanish religion activist and author, and Sor Juana Inés de la Cruz, a 17th-century Mexican nun and poet. Reading from them inspired her to write more religion based works. Her poetry depicts the social injustice of the ruling class for women and Indians, discussing how both groups were treated as less than human. Her most famous novel, written in 1962, called Oficio de tinieblas (The Book of Lamentations) is regarded as her most moving piece by readers. Recreating an event that happened in the city called San Cristóbal de las Casas, the novel was made to recreate an Indian rebellion set in the twentieth century, specifically the 1930s, which is around the same time in which her own family was affected by land reforms during the beginning of the Mexican Revolution.

This all came to an untimely halt, however, when she passed away on August 7, 1974, in Tel Aviv, Israel. She was only forty-nine when the reported accidental death occurred of an electric shock from a broken table lamp. She was rushed to the Meyer Hospital, sadly dying an hour later. Some speculate that her death might not have been an accidental electrocution, but a suicide. Mexican writer and friend of Castellanos, Martha Cerda says, “I believe she committed suicide, though she already felt she was dead for some time.”

Although Castellanos may be gone, her legacy lives on. As one of Mexico’s most influential writers, Castellanos’s stories have continued to inspire Mexican women for years to come.

Why Did I Choose to Research Rosario Castellanos?

I chose to write about Rosario Castellanos because I wanted to know more about Latin American women and the impacts they have made. As a girl with a Latin American background, myself, seeing women that I can look up to is very inspirational. With my work, I aim to ensure that all people see how amazing Latin Americans have been and can be.