In a patriarchal society still tied to traditional values, Yumi Ishikawa stands out as a progressive feminist dedicated to advocating for women’s rights in Japan. Besides having a very interesting list of careers, Yumi is known for pioneering the #KuToo movement and fighting sexism. In particular, she is notable for standing up against the high heel policy in Japan and discriminatory practices in the workplace and the rest of the corporate world.

Ishikawa was born on January 1st, 1987, in Komaki, located in Aichi prefecture. However, she grew up in Tajimi in Gifu prefecture. Before being a women’s rights activist, Ishikawa had a very broad job range mainly in the entertainment industry. She started her career in 2004 as a model. Since then, she has been featured in at least 30 image DVDs and was even crowned the winner of the Cream Girl competition. Ishikawa transitioned into acting four years later in 2008, making appearances in three feature films: ‘Onna no Ana’ (“Woman’s Holes”) (2014), ‘Yuwaku wa Arashi no Yoru ni’ (“The Temptation Came at a Stormy Night”) (2016) and ‘Itsuka no Natsu’ (“Some Summer”) (2018). On the side, she is a freelance writer and even works part time at a funeral parlor as an usher.

In January 2019, Ishikawa founded a massive movement without even realizing it. A very mundane tweet of hers was soon used to fuel the #KuToo movement and Ishikawa became the leader. The tweet read, “Someday I want to get rid of the practice of women having to wear heels and pumps at work.” This tweet refers to the high heel policy in the corporate world: for many Japanese businesses, it is part of a woman’s dress code to wear heels of between five and seven centimeters (in height) to work on a daily basis. #KuToo is a play on words—it references the #MeToo movement (in which women came together against sexual assault in the workplace) and combines it with the Japanese word “kutsu,” which means shoes, and its alternative meaning is also pain. Her relatable complaint quickly went viral, garnering at least 30,000 retweets and 60,000 likes shortly after. Women agreed with her and voiced their complaints on a large scale, demonstrating their collective voice against the high heel policy. Some even responded to Ishikawa’s post by posting photos of their blistered and bloodied feet due to enduring full-time working hours in high heels as a part of their job. Ishikawa had unknowingly started a movement that united women around the world in the context of the workplace. 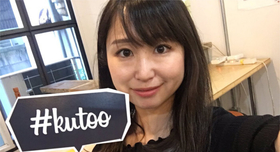 Once Ishikawa realized how influential her tweet had been, she took further action. Ishikawa realized that this policy was part of a larger gender inequality issue that had been ongoing for decades. She collected over 150,000 signatures for a petition to remove the high heel policy, which the government was forced to take into consideration because the petition had more than 100,000 signatures. However, they turned a blind eye to Ishikawa’s request and stated that the high heel policy would remain in place. Ministers stated that high heels were necessary in the workplace for women because of social convention and meeting certain job expectations, even if it meant that they would have to endure physical pain and hardship throughout the day. Nevertheless, Ishikawa’s advocacy resonated with women around the world and raised awareness of discrimination in the workplace.

For her efforts, Ishikawa was included in the BBC’s annual 100 Women list at the end of 2019. She continues to advocate for women’s rights on a broader scale now, not just in the workplace. Ishikawa uses her platform and influence to speak out against social inequalities in Japan, especially among a society that does not condone outward expression of negative emotions like anger. In her recently published book, Ishikawa states that going against this normalized expectation is both exhilarating and fulfilling. Although she ultimately could not reach her goal of totally abolishing the high heel policy, some companies now allow women to wear whatever footwear they like and the public has also recognized the discrimination that women face in the workplace.

Why Did I Choose to Research Yumi Ishikawa?

When I came across Yumi Ishikawa’s profile in a magazine, I was immediately inspired by how dedicated she was towards her cause. I admire how Ishikawa fought against social injustice and gender roles in the workplace, which often goes overlooked. In a society that frowns upon going against the norm, Ishikawa is very brave and inspirational, especially for girls who may feel too scared to incite change.

‌Tai, C. (2019). Japan’s #KuToo founder asks ‘Is it bad for a feminist to get naked?’. South China Morning Post. Retrieved 21 December 2020, from https://www.scmp.com/week-asia/society/article/3014655/japans-kutoo-founder-yumi-ishikawa-asks-it-bad-feminist-get-naked.