Christine Jorgensen was born and baptised as George William Jorgensen Jr. on May 30th, 1926. She was born and raised in the Bronx, specifically the Belmont Area, and was the child of a carpenter and contractor. During her youth, her father described her as a “frail, blonde, introverted little boy who ran from fistfights and run-and-tumble games.” She identified as a female at an early age. She recalled in the American Weekly in 1953 that she had hated boys' clothing growing up and envied her sister Dorothy’s pretty dresses. 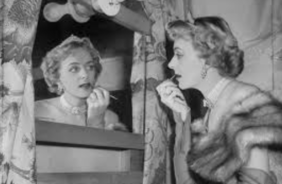 In her younger years, Jorgensen attended Christopher Columbus High School, where she spent most of the time exploring her gender. She came to the realization that rather than wanting to date girls like the rest of the boys, she wanted to be one. She felt lost and alone, as transgender role models and sexual reassignment surgery were not common at the time, nor did she even known about them. Her only outlet was photography, which was one of her favorite hobbies. She took photos in a dark room her father set up for her and took classes at the New York Institute of Photography.

This hobby quickly came to an end when Jorgensen was drafted into the military for World War II in 1945 at 19 years old. Since she was small and light, she served as a clerk in Fort Dix, New Jersey. After getting discharged from the army when her services were no longer needed, Christine decided to continue her education at the Mohawk Valley Community College in Utica, New York. She also attended the Progressive School of Photography in Connecticut to pursue photography, and later went to the Manhattan Medical and Dental Assistant School to become a dental hygienist.

After completing her schooling, Christine learned about sexual reassignment surgery and debated whether or not she should do it. The surgery was only available in specific, limited places such as Denmark and Sweden. She heavily researched the procedure and started by taking doses of estrogen. In 1950, Christine made her final decision and got on a plane to Sweden. During a stopover in Copenhagen to visit her relatives, Christine met a Danish endocrinologist named Christian Hamburger. She quickly became friends with him and decided to go through with the surgery under his direction and expertise. She went through a series of operations and later chose her new name, Christine, in honor of Dr. Christian Hamburger.

Christine was extremely happy with the surgery results and felt as if she had finally embraced her true self. She wrote to her friends back home shortly after the operations, “As you can see by the enclosed photos, taken just before the operation, I have changed a great deal. But it is the other changes that are so much more important. Remember the shy, miserable person who left America? Well, that person is no more and, as you can see, I'm in marvelous spirits.”

Christine Jorgensen was one of the first openly-transgender women in the world. After her sexual reassignment surgery, the publicity rates for the operation skyrocketed: It became one of the biggest headlines in the United States. She was still at the hospital in Copenhagen when the news first spread and the first article was released. Christine had to deal with articles that included false information, hurtful slurs and condescending titles such as “Dear Mum and Dad, Son Wrote, I Have Now Become Your Daughter” or “Bronx ‘Boy’ is Now a Girl”. 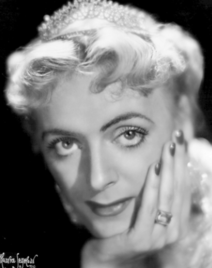 When Christine returned to New York, she became an instant celebrity,but not in a positive way. She received death threats and nasty looks everywhere she went. To challenge the abundance of negative articles, Christine decided to publish her story in the first issue of the American Weekly in 1953 titled “The Story of My Life”. With this publication, people finally started to understand Christine and accepted her for who she was. After her article became popular, she wrote her first autobiography titled Christine Jorgensen. As a result of her hit article and book, she appeared on various TV, radio, and theatrical productions. She even opened up her own wildly successful night club, which launched her career as an actress and nightclub singer. She released many songs and gave performances at various clubs and parties. She even returned to Copenghagen to perform.

She used her new public platform to advocate for transgender rights and became a model for transgender people for decades. She gave lectures to the public and spread awareness through talk shows about how to increase understanding for transgender people everywhere and to prove that gender does not define your biological sex. The Los Angeles Times said that she was “a founding member of the ‘sexual revolution’.” She was later inducted into the Legacy Walk and the Rainbow Honor Walk, both walks of fame for people of the LGBTQ community who made history.

Jorgensen passed away on May 3rd, 1989, in San Clemente, California due to combined bladder and lung cancer. When she died, she left a huge legacy behind as someone who gave the sexual revolution “a good swift kick in the pants”, as she once put it. In June 2019, Christine Jorgensen was chosen to be one of the top 50 American pioneers, trailblazers, and heroes on the National LGBTQ Wall of Honor. She was, and still is, an inspiration to the transgender community, and the United States as a whole.

Why Did I Choose to Research Christine Jorgensen?

When speaking about influential women in history, transgender women are often forgotten. I feel that it is important to include these women, as they have had a unique and revolutionary role in making our world more inclusive and accepting. Christine Jorgensen stood out to me because she was the first famous transgender woman in America, and stood up for her rights and what she believed in even though her beliefs were unconventional at the time.