Nicknamed “The Terminator” after annulling over 2,600 child marriages in her country, Theresa Kachindamoto, now age 60, was born in the Dezda district in central Malawi of East Africa to a family with 12 children. Her father was the chief of the region. The culture of Malawi is deeply rooted in upholding traditional ideals, with many reluctant to adopt policies of social liberation. 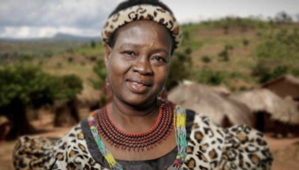 Malawi, is a sub-Saharan nation where Theresa was raised, ranks 172nd out of 189 nations on the human development index. Despite a history of matrilineal succession of property and leadership, Kachindamoto found herself to be a woman in a man’s world, with male figures dominating legislative chambers as well as the workplace. The Global Gender Gap Index identifies the African nation to be 116th out of 153 examined countries in terms of gender parity, assessing four key areas: political involvement, education, economic equality, and health.

After completing grade school, Kachindamoto ventured out to pursue a higher education at Zomba Theological College, where she would then work as a secretary for 27 years. In 2003, this mother of five was selected to take on her father’s legacy of being chief of the Dezda district, granting her authority over 551 villages: approximately 1.1 million people in total.

The story accompanying Theresa Kachindamoto’s tale of activism is one from a few days after having been selected to be chief in 2003. She had walked past a group of boys and girls playing soccer. Suddenly, one girl, Cecilia, stepped aside and began to breastfeed a baby. After asking around the village about the situation of a girl who had her childhood stripped of her, Kachindamoto found herself beginning to consider how her own actions may affect girls like Cecilia. 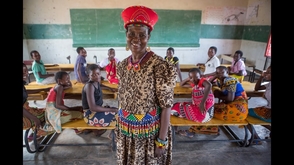 Shaken and appalled, Kachindamoto banned child marriage in all areas under her jurisdiction and mandated that all child brides must return to school and seek further education. She fired four male subchiefs, all of whom had ignored her prerogative towards eliminating child marriage, and appointed over 200 women to positions of authority. Her efforts ultimately served as a keystone base for the future of young girls in Malawi. Her advocacy for girls and emphasis on increasing opportunity for them beyond domestic work helped young women beyond the Dezda district; the enactment of the Marriage, Divorce, and Family Relations Act passed in 2015 and prohibited child marriage in all of Malawi.

Theresa Kachindamoto worked to dissolve a culture consumed by the objectification of women and children. One in five Malawian girls and one in seven Malawian boys are sexually abused in his or her lifetime. The presence of sexual initiation camps, where young girls would be taught “kusasa fumbi,” or “cleansing,” contributed to an environment of female objectification. Young girls would be subjected to sexual attacks and would be taught how to perform sexual tasks. Girls would be required to have intercourse with the instructor in order to “graduate,” equating to sexual abuse. If one was to return a virgin, it was not uncommon for a parent or husband to hire a hyena, or an adult man, to take her virginity and impregnate her. In a country in which one in every ten individuals carries HIV, the aforementioned practices create a life of trauma for young Malawian girls daily, as well as forcing them to combat a potentially fatal disease. Kachindamoto outlawed such initiation camps and employed personal allies who would venture out into villages to ensure that girls were not being married off, sent to these camps, or deprived of an education. 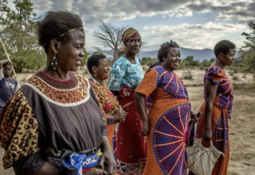 In 2017, Malawi adopted an amendment to its constitution that made it illegal for individuals under 18 to have arranged marriages. By November of 2019, Kachindamoto had annulled over 2,600 child marriages. However, she did not stop there. Alongside outward endorsement of female representation in the government and workplace, Kachindamoto has been known to pay for families to send their girls to school if they could not afford to. In addition, Kachindamoto often brings female members of parliament to speak to girls in villages. Subsequently, more and more Malawian girls desire to go to school and learn English, the language primarily spoken in congressional sessions today.

On March 8, 2017, Theresa Kachindamoto received the Leadership in Public Life Award at the 16th Annual Vital Voices Global Partnership Award Ceremony in Washington, D.C., USA. Her influence has yet to subside. Adamant in stressing the link between education and future success, her efforts reign strong. She will continue to push for change and demand gender parity in all spheres of life. To her, this is more than a project: it is a lifestyle—“I'm chief until I die.”

Why Did I Choose to Research Theresa Kachindamoto?

Theresa Kachindamoto caught my eye while I was scrolling through my explore page on Instagram. I immediately saved the post which described the accomplishments of a Malawian woman who had pushed for massive changes in legislation to give youth the opportunity for a brighter future. After researching her, my initial admiration for her is stronger than ever!

‌Abouzeid, R. (2019, November). Speaking out taking control changing destinies shaping the future: Women around the world are making their voices heard in government and their communities, moving many closer to gender equality. National Geographic, 236(5), 50+. Retrieved from https://link.gale.com/apps/doc/A608114652/ITOF?u=sylopacplus&sid=ITOF&xid=53018552

‌Haworth, A. (2018, April). Hail to the chief: In Malawi, one in two girls is subject to arranged marriage before the age of 18. As a high-ranking woman in a man’s world, Chief Theresa Kachindamoto is on a mission to empower girls in her rural chiefdom. She has rescued 2,600 child brides, fired male subchiefs who oppose her, and sent thousands back to school to give them a chance at a future. Marie Claire, 25(4), 164+. Retrieved from https://link.gale.com/apps/doc/A536315962/ITOF?u=sylopacplus&sid=ITOF&xid=8669f311

‌Munthali, A. C., & Zulu, E. M. (2007). The timing and role of initiation rites in preparing young people for adolescence and responsible sexual and reproductive behaviour in Malawi. African journal of reproductive health, 11(3), 150–167.