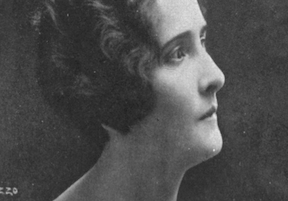 Maria Lacerda de Moura was born on May 16th, 1887 on the Monte Alverne farm in Manhuaçu, in the then province of Minas Gerais. When she turned 5, her family moved to Barbacena, also located in Minas Gerais. Daughter of spiritist and anticlerical parents, had a secular education that marked her entire intellectual life. Her family received and helped poor immigrants from an early age, which likely contributed to her social conscience. She graduated as a teacher at the Escola Normal Municipal de Barbacena, where she fell in love with education and the teaching profession.

With a degree in Pedagogy in Barbacena, she founded an organization called League Against Illiteracy. Her main purpose was to help provide homes for people on the street, and she also gave free classes. While in the educational system, she realized that schools help shape people's personalities and therefore could also inhibit the right of everyone to develop their own thinking about society. Due to her massive amount of research on this topic, in 1918, she decided to become a writer.

Coming from an anticlerical upbringing, her parents Modesto de Araújo Lacerda and Amélia de Araújo Lacerda contributed to her libertarian posture and combative personality, although she never recognized herself as an anarchist in life. Maria was one of the only women to become directly involved with the labor and union movement in Brazil. 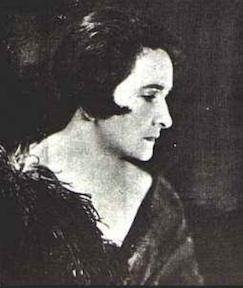 In 1923, after having had several publications in local newspapers, she launched the periodical Renascença, linked to progressive and "freethinking" thoughts. The periodical was published once a month , while she also helped inaugurate the Federation of Women and Women Against War. According to its literature, it was greatly influenced by the pacifism of Albert Einstein and Mahatma Gandhi, as well as the educational work of Francisco Ferrer.

Her pacifist proposals and the suppression of the capitalist system ideas in the magazine were so revolutionary at the time that all of the copies of her first edition sold out in less than two days. They included the contribution of several Brazilian intellectuals and became internationally recognized in countries such as Portugal, Spain, Argentina and Uruguay.

For Maria Lacerda, in a capitalist society, women were slaves since they would be domesticated by men and at the same time be "social slaves of a society based on money and privileges maintained by state authority and armed force to defend power, dominionism, [and] monetary industrialism." Maria Lacerda de Moura also assumed an anticlerical posture of the greatest radicalism in her work on the feminine condition, by attributing to Catholic clergy’s power with families and, in particular, with women and schools—to the exercise and propagation of the subservient situation of women. 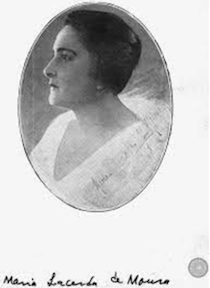 She married Carlos Ferreira de Moura very early in 1905. Although they were only married until 1925, they maintained a great friendship until the end of her life. She chose not to have children, but adopted a nephew and Carminha, an orphaned child in 1912.

There is a rumor that her adopted son had joined the military in 1935, which made her feel deeply disgusted. She even published an open note in which she stated: "I do not deprive you of the right to be free. But all freedom excludes the right to oppress others."

Around 1938, she decided to move to Rio de Janeiro and apparently already had health problems. She sought refuge in spirituality and went to teach commercially until 1942. She then dedicated herself to studying astrology with a professor from Minas Gerais named Aníbal Vaz de Melo. At her last conference in 1944, “Silence,” she spoke about the work of Pythagoras. She passed away on March 20th, 1945 without having had the opportunity to see World War Two end.

Why Did I Choose to Research Maria Lacerda?

Maria Lacerda de Moura seems to be a figure who represented an innovative movement in Brazil. She was a simple person and still remains mostly unknown to Brazilian popular culture. Her main contributions went beyond her practical attitudes, and Maria Lacerda de Moura contributed to the expansion of public debate about social causes and the possibilities of confronting the rise of social issues. She had progressive thoughts for the time and knew how violent facism could be. She broke with the feminist movements in power at the time by recognizing that the struggle for women's emancipation was beyond universal suffrage. What attracted me most in her speech was the quest for the assurance of human rights through pacifism. She did not allow herself to be identified with any label and embraced the struggle through non-violence. Personally I feel very connected by these ideals and long for a more liberated, peaceful, and individually developed society.

Bonilha, C. L. (2010) Corymbo: memory and female representation through the pages of a literary periodical between 1930 and 1944 in Rio Grande do Sul. Master's degree. UFPEL, p. 84