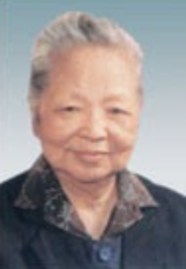 Lin Lanying was born on February 7th, 1918, in Putian City of the Fujian Province, in mainland China. Her father, Jianhua Li, was an educator, and her mother, Shuixian Zhou, managed the home while her father was gone. She was the first child and was born into a very large and prestigious family that can be traced back to the Ming dynasty which was in power roughly 600 years earlier. Her ancestor, Lin Run, worked as an imperial censor for the emperor and, over the years, helped him face and overcome challenges to authority. In response, the emperor gave him enough money to build a house in Putian where the rest of her family would be born. Despite living in a prestigious home, Lanying was in charge of cooking and doing laundry for the entire house before the age of six. She had two brothers and several sisters that were all either child brides or killed.

Her mom firmly believed in society’s gender norms, believing that girls and women should work in the home. However, Lanying refused, using education as an escape from housework and having to talk with solely women all day. She tried to convince her mother several times to allow her to attend school. Lanying even locked herself in her room and refused to eat in protest. Eventually, her mother gave in and sent Lanying to Liqing primary school. There, Lanying often got the best grades because she studied hard, all while still managing to do the housework with only six hours of sleep every day! In middle school, Lanying received scholarships every semester because she consistently had one of the top three grades. Thus, she convinced her mom to let her stay in school yet again. It was easier to persuade her mother in high school due to her successes in middle school. Unfortunately, she only attended school for one year after Japan declared war on China. She eventually transferred to a women's school, where she helped assist one of the American teachers by translating for her peers.

After high school, Lanying studied at Fukien Christian University, a prestigious place to study in China at the time. She graduated with a bachelor’s degree in physics in 1940. To no surprise, she graduated as one of the best in her class and then decided to further her studies in America. She tried going through the exchange program from her current university, which would place her in New York University but was denied because she wasn’t Christian. However, this did not stop Lanying from pursuing a higher education. She later applied and was accepted to Dickinson College, where she received a full scholarship and another bachelor’s degree, this time to study mathematics, with the help of her peer Lairong Li. In 1955, she received her doctorate in solid-state physics from the University of Pennsylvania and was the first Chinese student in a century to earn a doctorate there. 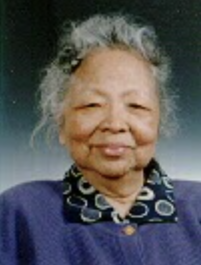 Lanying wanted to return to China after her studies, but the political situation did not permit it. So, she turned her sights to working in America. She became the senior engineer at the Sylvania Company, which mostly manufactured semiconductors. The company had failed to make monocrystalline silicon previously, but Lanying discovered the problems with production and helped the company successfully engineer the technology. About a year later, she returned to China after spending eight years in America. Before she left, the FBI attempted to persuade her to stay by stating they would withhold her earnings for that year if she left; Lanying did not accept this and left anyway.

Back in China, she lived a very different life, making only $20 per month. Despite this challenge, she never gave up. She worked at the Institute of Semiconductors of the Chinese Academy of Sciences. The institute had finished making the first monocrystalline germanium in China, but yet had to make monocrystalline silicon. However, Lanying’s previous work experience had given her the information on making monocrystalline silicon. However, the equipment that she needed was not available, as other countries had placed embargoes on them. This did not stop her; she ended up changing the process, and in 1958, produced China’s first monocrystalline silicon, making it the third country in the world to ever produce it. This silicon is used to make most modern electronic equipment, like integrated circuits, and solar cells used for solar energy.

Lanying was a trailblazer. Four years later, she designed the monocrystal furnace, which is used to extract silicon. In that same year, she also made the first monocrystalline gallium arsenide in China. Her research and work were put to a halt during the Cultural Revolution in 1966-1976 while authorities were monitoring her. Even with this setback and her father passing away, Lanying kept working. In 1980, she was elected to be an Academician of the Chinese Academy of Sciences. After the revolution, she continued her work and experiments with gallium arsenide and gravity, work that was very dangerous considering the melting point of gallium arsenide is 1,238 degrees Celsius. She was successful in her experiments, and because of this, a gallium arsenide company was named after her in 2001. 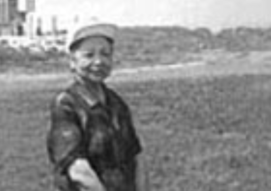 In 1996, at the age of 78, Lanying was diagnosed with cancer. When she was diagnosed, she was working on building the semiconductor base in southern China. She asked, “Can someone give me another ten years? In ten years I can definitely finish what I am doing and I can die with no regrets!” The ten years would have given her the time lost during the Cultural Revolution. On March 4th, 2003, Lin Lanying passed away. She never married, but loved two men throughout her life, Qichang Guan and Cheng Lin, whom she met during middle school and college respectively. She was always ambitious and set her sights on new things to learn, causing her to gradually fall out of touch with the two.

Lin Lanying’s legacy will not be forgotten. Her work would lay the foundation for the development of microelectronics and optoelectronics in China. She started a new research field and attracted the world’s attention to her research on the space growth of gallium arsenide crystals and their properties. Under her leadership, China became the world leader in the production of high purity vapor-phase epitaxy and liquid-phase epitaxy. She received countless achievements for her research work and a four-time winner of the CAS S&T Progress Award. Lin Lanying–electrical engineer, materials scientist, and physicist–will be remembered forever as the “mother of aerospace materials and semiconductor materials” in China.

Why Did I Choose to Research Lin Lanying?

I chose to research Lin Lanying because I wanted to dive deeper into my heritage and culture as an Asian American. In my school, we don’t learn about many Asian women in our history courses and even fewer in STEM related classes. I have always been interested in STEM, and I was excited to find a story in which my two interests intersect.