Born in 1991 in Brooklyn, New York, Abby Stein was assigned as male at birth. She was the sixth child out of thirteen and the first “son” of her family. As a result, it was considered her duty by her family to follow the path of a typical Hasidic life: to be wed in an arranged marriage at age seventeen, to vigorously study the Torah and Talmud, to become a rabbi, and to then have her wife bear children. Being raised as a member of the Hasidic community, this path was never questioned by her family, friends, or neighbors. 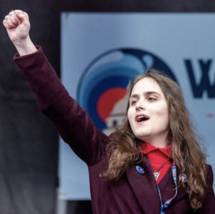 Hasidic is a term used to describe the ultra-Orthodox Jewish community inhabiting Brooklyn. The Hasidic community is not only extremely religious, but also very segregated from the rest of New York. The culture of Hasidim (plural of Hasidic) defines life simply by how well they are able to please and obey God. Most of the community does not speak any English, since Yiddish is the language that Hasidic families teach and speak in their households. In addition, there is very limited access to the internet; most Hasidim go their whole lives without having ever been connected to WiFi. Per custom, Hasidic men strictly wear black clothing, keep their beards long, and wear payois— the Ashkenazi word for the long, curled side locks that distinguish Jewish men from non-Jews. Not only is the Hasidic community segregated from the rest of Williamsburg in terms of culture, dress, and language, but there is a literal barrier that keeps them enclosed from the outside world: the eruv. The eruv is a wire partition that separates Jewish households from those of non-Jews. As for the women, they are confined into extreme standards of modesty; after their marriage, they are forced to shave their heads and wear either wigs or other head-coverings in public. They are even restricted from wearing certain bright colors, such as reds and pinks. They also cannot carry items in their hands in public during the Sabbath, including their own children. This system creates a patriarchal society, as men are perceived as superior to their female counterparts. In fact, women are not even allowed to read the Talmud, a sacred religious text.

Growing up in a Hasidic family, Stein had always felt different than her peers. At three years old, boys ritualistically get their first haircut, then receive their payois. This is a very important milestone in a Jewish male’s life, as it signifies their devotion to God and their identity as an ultra-Orthadox Jew. At the time, though she did not have the words to describe it, Stein felt that presenting herself as male was inherently wrong, and did not match the gender she identified as. She has stated in interviews that she “didn’t understand” why she had to have payois while her sisters could have longer hair. The Hasidic community, she says, is not even transphobic; in order to hate transgender people, they would have to first recognize that they exist. The fact of the matter is, Hasidim deny the existence of the LGBTQ community, and Stein had no idea that what she was experiencing was gender dysphoria. 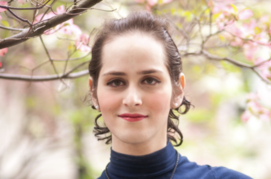 As she grew older, Stein continued to feel uncomfortable with her perceived male identity. By the time she was six years old, she would collect newspaper clippings about organ transplants, and fantasize about asking a doctor to have a “body transplant” with a female. By the time she was nine years old, she had realized that this was not feasible. As such, she turned to the only option that she felt she had: God. She was taught from a young age that God was all-powerful and could grant all of her wishes, so long as she obeyed his Commandments. Stein states that she would pray every single night, asking God, “I am begging you, when I wake up in the morning I want to be a girl.” Her struggle with her gender identity only became worse when she turned thirteen and puberty began. At thirteen years old, Jewish boys have a xbar mitzvah, a major rite of passage that is said to mark the occasion when a boy finally becomes a man, which only isolated her further from her peers and family. Despite her extreme unhappiness, Stein continued to live life as a man in order to assimilate with the standard customs of her culture, going to a Yeshiva and eventually becoming a rabbi.

At seventeen, Stein became engaged to her future wife, Fraidy, after knowing her for only twenty minutes. One year later, they were married. This was a painful experience for her, as living with her wife was a constant reminder of what she could not have as a man. At nineteen years old, Stein’s wife became pregnant with their first child. This was the catalyst for her exploration of her gender. She says later on, “How could I raise someone, bring someone into the world, if I don’t know who I am?”. When she was twenty, shortly after her child was born, Stein went to a bathroom in a mall and connected to the WiFi there using a friend’s tablet. The first thing that she searched was “a boy turning into a girl” in Hebrew. This led her to a Wikipedia page about transgender people and an Israeli forum for the transgender community. On this forum, she anonymously interacted with other users who were questioning their gender identity under the name Chava, the Hebrew version of “Eve.” 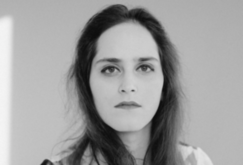 With this new knowledge of her gender identity, she knew she had to leave the Hasidic community because they would never accept her as a woman. When one leaves the community, it is typical for them to lose all contact with their family and friends who continue to follow Hasidism. This made the decision to leave extremely difficult, as Stein would lose the people who were close to her throughout her entire life. After she stepped out for the first time into a world that was not the inner bubble of her own religious community, she experienced a culture shock; she knew barely any English, did not know how to dress, had no knowledge of science or American history, and was only educated in math up until the level of long-division. She recalls, “It’s like being an immigrant in your own country.” Stein was the first transgender person to ever embrace her identity and leave the Hasidic community. 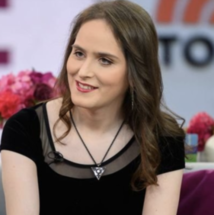 Despite being an outsider, Stein learned English, earned a high school diploma, and even was accepted into Columbia University. While in college, she began hormone replacement therapy and officially changed her name to Abby on November 11, 2015. Inspiration for the name came from a strong female character named Abigail in the Bible, and because the Talmud said that Abby was one of the most beautiful women to have ever lived. She told her father of her identity as a woman a few months after starting hormone treatments. Since she informed her parents of her transition, they have not spoken to her. In 2013, she officially divorced her wife. However, she still sees her son and two of her twelve siblings. Unfortunately, her parents have refused to maintain contact with her, despite her sending her father a text every week.

As a result of her struggles as a transgender woman in the Hasidic community, Abby Stein has created countless support networks for transgender individuals who feel out of place. She often speaks with groups in order to educate them about the LGBTQ community, including the Amish, Mormon, and Muslim communities, as well as Jehova’s Witnesses, who continue to reject the LGBTQ population. In addition, Stein recently published her own memoir called Becoming Eve, which follows her activism and support for transgender youth. The memoir has become one of the most influential Jewish narratives, as it is the first of its kind to break the stereotypes that many have regarding Judaisim. Judaism still plays an important role in her life, and she is a leader in New York City’s Jewish activist community. Although she experienced adversity as a result of her gender identity, Stein uses her hardships to educate and benefit transgender youth everywhere.

Why Did I Choose to Research Abby Stein?

I am a very large advocate for the LGBTQ community, and throughout my life I have consistently seen LGBTQ people shunned due to their religion. Abby Stein is a member of a sect of my religion who, despite being disowned by her community for her identity, still managed to keep Judaism in her life. Researching Stein was inspiring in that it demonstrated that being LGBTQ and being religious is not impossible, regardless of what many tend to believe. In addition, she is the perfect example of somebody who used her difficulties in life in order to benefit others.