Most notable for her support and major contributions to the medical field, Yvonne Sylvain was honored posthumously by the Haitian Medical Association (AMH). 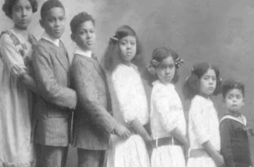 Born in June 1907 in Port-au-Prince Haiti, Yvonne Sylvain was the sixth out of seven children of a poet, diplomat, and lawyer Georges Sylvain and his wife Eugénie Mallebranche. Growing up with a feminist mother and well-known politican/writer, Yvonne and her three sisters all pursued careers in medical training or P.hD’s to help expand women’s rights in society.

Initially, Sylvain trained to be a teacher or an artist but the early deaths of her family members and her parents inspired her to be a doctor. At the age of 28, she entered the University of Haiti School of Medicine where she earned her medical degree in 1940. Due to the gender gap and systematic discrimination against female medical school applicants, Yvonne Sylvain was only the first woman in the country to qualify. With support from the Pan American Health Organization (PANO), she won a fellowship from the InterAmerican Sanitary Bureau to further her education in the U.S. She was admitted into Columbia University and the New York Postgraduate Medical School where she specialized in obstetrics and gynecology.

After five years away from home, Sylvain returned with the desire and motivation to improve her country with what she had learned. She began working at the general hospital in Port-au-Prince and operating small private clinics while also teaching at the medical school. In 1947, she returned to New York to learn about how to deliver epidural anesthetics. She then later introduced the procedure to maternity hospitals in Haiti. Sylvain also helped in the treatment of various diseases in the country and became vice president of the Haitian Foundation of Health and Education.

Yvonne Sylvain’s passion for medicine and public health encouraged her to do research about important health topics such as STDs, infant mortality, birth control, and female infertility. She quickly realized that few Haitian women had access to effective measures and experienced doctors. In her New York visit in 1947, she even told an interviewer from the New York Evening Post that “go to witch doctors only when there is nothing else.” To disclose her research on women’s health issues in Haiti, she published numerous articles in medical journals. 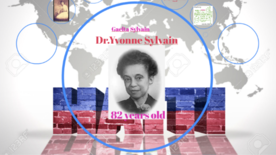 Not only was she passionate about the health issues occuring in major hospitals but she was passionate about the overall health issues occuring in Haiti. This includes overpopulation, sterility, and even cancer. She wanted to increase the amount of medical advancements in Haiti to decrease the amount of Haitans dying of cancer. Sylvain became a part of the Haitian League Against Cancer to help with the papanicolaou test for uterine cancer screening. Due to her time, commitment, and effort put into the cause of cancer in the Haitian community, she remained vice president of the health foundation until her death.

While creating medical change in hospitals and newspaper articles, Sylvain inspired several other women to begin careers in the medical field. She created a path from medical school where other women had the opportunity to follow in her footsteps. Thirteen years after Sylvain had graduated, eight women had received their Doctor of Medicine degree (M.D) from the University of Haiti and successfully began working in Haitian health facilities and hospitals.

Among her other accomplishments in the medical field, in 1950, Yvonne Sylvaine was active in the women’s suffrage movement, namely, in the Ligue Féminine D'action Sociale. She helped women get the right to vote and participate in politics. The Ligue Féminine D'action Sociale was a women’s organization in Haiti, founded in 1934. Influenced by her father and his political activist ways, she became a voice fighting for physical, economical, social and political equality for Haitian Women.

Sylvain’s ultimate passion and desire to create change within her community all comes from loving her culture. Throughout her life, she actively promoted Haitian culture through art, painting, and theater. By 1932, she had “exhibited over thirty oil paintings and drawings.” 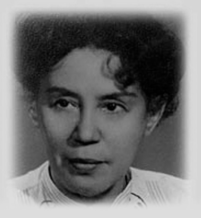 Furthermore, Yvonne Sylvain created a legacy where women can be involved in the medical field to make changes while also showing passion through community. She sets an example for women who want to further their education and implement new ideas despite sexism and gender inequality. Through Sylvain, women in Haiti are introduced to true female leadership and dedication. Her work in the medical field has not only affected women but also the country itself. She was able to bring awareness to the public health issues in the Haitian community and contribute to decreasing the amount of Haitians dying from cancer.

In addition to creating medical change in her own country, Sylvain worked to spread her knowledge in other countries as well. She brought her insights and intelligence all the way to numerous countries in Africa, and even worked as a clinical doctor in Costa Rica.

On October 3rd, 1989, the remarkable Yvonne Sylvain died at the age of 82. Even today her contributions and changes within the medical field and Haitian culture are recognized. She broke the barriers that Haitian society imposed on women and helped pave the way for thousands of other women.

Why Did I Choose to Research Dr. Yvonne Sylvain?

I chose to research Yvonne Sylvain because she is an inspiration to Haitian women who want to pursue a career in the medical field. I was born in Haiti as well and I plan to contribute to the medical field by being a Pediatric Surgeon. Just as Sylvain, I hope to create change in health advancements as well as pave a way for others behind me.