The 21st century is defined by countless modern technologies that we use in our daily lives. One such technology is the Global Positioning System (GPS), which is used for satellite location tracking on Earth. People around the world rely on mapping services like Google Maps for navigation, and the applications of GPS are varied and far-reaching. Have you ever used Find My iPhone or a similar device tracker to locate a lost device? Or have you used a rideshare app and gotten an accurate estimate of your wait and ride time with just a few taps? You can thank GPS. Every day, GPS technology keeps watch over dementia patients, catches criminals, and helps flights safely reach their destinations. Considering the time of its development in the 1960s amidst civil rights protests in the United States, GPS had an unlikely pioneer: Gladys West, a black woman from humble beginnings. 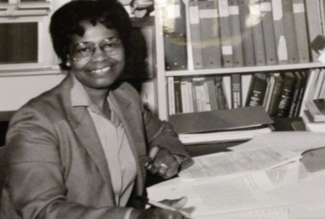 West was born in 1930 in Sutherland, Virginia. She was raised on her family’s farm in the rural community, where many of the surrounding families were sharecroppers. From a young age, West had ambitions to take a different path than many of those around her, who often stayed in the community to pick tobacco or work in factories. Once she realized that education could help her achieve her goals, she worked hard in high school to graduate first in her class and earn a scholarship to attend Virginia State University. West showed talent in all subjects and was uncertain about what field to pursue, but she was encouraged to study math in college because it was a difficult and uncommon major. She was one of few women to graduate with a degree in mathematics.

Although many of her female classmates went on to pursue jobs in teaching, West only taught for a short time before taking a job at the Naval Proving Ground in Dahlgren, Virginia. She was one of four black employees at the facility and the second black woman to work there. At this job, she met her future husband, Ira West, who was a colleague and fellow mathematician.

In Dahlgren, she performed calculations and processed data from U.S. military satellites as a human computer for the military before electronic systems were used for calculations. She later programmed early computers and contributed to an astronomical study at the U.S. Naval Weapons Laboratory which investigated the regularity of Pluto’s motion relative to Neptune. West worked for the U.S. military at the Dahlgren facility at the height of the civil rights movement, as it rocked the American south and the rest of the country. However, she did not actively participate in protests and instead focused on her work for the government. In an interview with BBC, West said, “We didn't get involved with it [the civil rights movement], partly because it wasn't safe, because of the job, to do that." 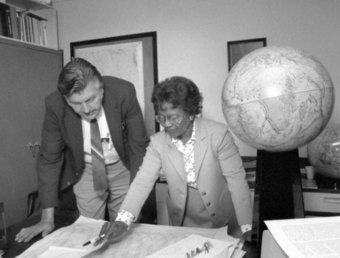 West continued her work in computing in the 1970s and 1980s, and programmed a computer to model Earth’s shape with unprecedented precision. The accuracy of her model and the data that she collected laid the foundation for what would eventually become GPS technology. The concepts and technologies that West and her colleagues developed paved the way for the launching of the first GPS satellite in 1978.

It wasn’t until 2000 that President Bill Clinton made the GPS free and open for civilian access. It took even longer for West to receive recognition for her work. In 2018, at the age of 87, West was inducted into the Air Force Space and Missile Pioneers Hall of Fame for her contributions to the invention of GPS. She was also included in BBC’s 100 Women in 2018 as a part of their effort to feature “influential and inspirational women around the world.” In that same year, the Virginia Senate passed a joint resolution to recognize West’s “trailblazing career in mathematics and vital contributions to modern technology.” Although she retired from the Dahlgren facility in 1998, she continued to pursue education late in life and earned a Ph.D. from Virginia Tech in 2018.

Why Did I Choose to Research Gladys West?

Although gender representation and accessibility in math and computer science has improved greatly since the time Gladys West was working on her calculations, many STEM fields are far from achieving equality. I chose to feature West’s story because she serves as an inspiring role model to women of color and economically underprivileged students. She teaches us all that hard work and ambition are tools that can enable anyone to achieve their goals.

Because of Them We Can. (2018, February 8). Meet Gladys West: One Of The “Hidden Figures” Behind The Creation Of The GPS System. Retrieved May 1, 2020, from https://www.becauseofthemwecan.com/blogs/culture/meet-gladys-west-one-of-the-hidden-figures-behind-the-creation-of-the-gps-system

Kenney, T. (2018, February 4). Meet Gladys West, The Black Female Engineer Who Played a “Pivotal” Role In Developing the GPS. Retrieved May 1, 2020, from https://atlantablackstar.com/2018/02/04/meet-gladys-west-black-female-engineer-played-pivotal-role-developing-gps/

Library of Congress. (n.d.). What is a GPS? How does it work? Retrieved May 1, 2020, from https://www.loc.gov/everyday-mysteries/item/what-is-gps-how-does-it-work/