Self expression is complicated enough by itself, but under the presence of an authoritarian government, how can it make itself heard? From a small province in China, Jin Xing embodies this question as an internationally acclaimed dancer, former army colonel, talk show host, and the first person to publicly undergo gender reassignment surgery in China. 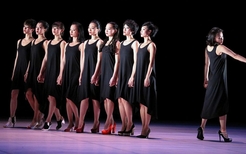 Jin Xing was born on August 13th, 1967, in the coastal province of Liaoning, China. As a child born biologically male, she understood she was different, but since ideas of gender fluidity did not exist at the time, she channeled her energy into dance as a method of self-expression. She joined the People’s Liberation Army’s dance troupe at just nine years old, which was common, considering dance was a common propaganda tool. She spent grueling hours in the Academy of Art mastering Russia ballet, Chinese opera, and acrobatics. At the same time, Xing also became proficient with machine guns and bombs from studying at the People’s Liberation Army National Defense University. She cites this militant lifestyle as a source of her strength and resilience.

At seventeen years of age, she won the national dance championship, earning the title of the #1 male dancer in the country, in addition to obtaining a dance scholarship in America. Jin moved to America, where she balanced several jobs along with her training in order to make a living. She overcame not only cultural and linguistic barriers, but also adapted to differences on the performative front. Given that Jin was raised in a strict, technique-driven ballet world, she struggled at first with Western dancing, which gave the artists far more stylistic freedom. Jin soon flourished and conquered the world of contemporary dance by adding her own flavors and allowing the audience to fill in the rest of the blanks. In the United States, she was also first exposed to concepts of transsexuality and being transgender. 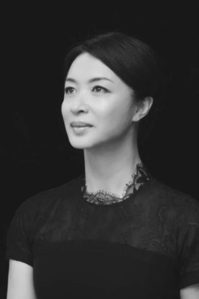 In 1995, Jin Xing returned to China and underwent gender reassignment surgery at 28 years old. At the time, queerness was a taboo topic— a last resort for the suicidal. However, the government remained silent during her first public announcement as a sign of tacit permission. During the difficult sixteen hours of surgery, Jin almost lost her leg due to lack of oxygen. She believed she was sacrificing one part of her identity, dance, for another, her gender. Jin reflects, “I wanted to jump to my death at that moment. Dancing is my life. How can I live without it?” Fortunately, she made a full recovery after intense physical therapy and went on to adopt three children from orphanages, raising them solely on her own.

In 1999, she established the Jin Xing Dance Theatre, the first private contemporary performing arts theater in all of China. Her works have been cited as “startling[ly] original and provocative”, ranging from multicultural presentations such as the “Resurrection of the Little Match Girl”, and traditional Chinese works with humorous spins such as the “Drunk Imperial Concubine (Guifei ZuiJiu)”. The company’s signature choreography received the Ministry of Culture Award for best contemporary art. They are renowned for their futuristic Western elements that still clearly embody Chinese contemporary dance.

After the 20th anniversary annual performance, Jin spoke to her sea of fans, “For this world, one Jin Xing is enough. I don’t want my students to copy my movements or techniques. I want them to learn from the mindset I hold toward dancing...I must thank contemporary dance for allowing me to release my inner self and express myself”.

Jin Xing is not only acclaimed in dance, but is also a famous talk show host and is considered the “Oprah Winfrey of China”. Her first TV personality rose to fame on the show So You Think You Can Dance, where she was spotlighted for her withering takedowns of hosts and contestants who curated sob stories. Fans adored her insights and she went on to host her own show, The Jin Xing Show, which receives more than 100 million viewers a week. 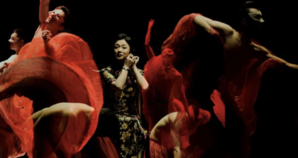 Though she was raised in a rigid and unexpressive regime, Xing’s emotive performances and witty talk shows have affected the lives of millions of Chinese citizens and aspiring artists. Her life story is one of finding balance between performative autonomy and a traditional upbringing. It is no surprise that she has been asked to serve as the country’s cultural ambassador multiple times.

As of January 2020, Xing states that she is considering entering politics. With a strikingly Buddhist philosophy, Jin offers a new perspective on Western attitudes towards China, LGBTQ rights, and a strong distaste for social categorization.

In an interview with the World Economic Forum, she says, “When I came out as the first public transgender in this society, different groups asked me to represent them. I said I don’t have to represent any group, I just have to be myself. That’s already a big statement”.

Why Did I Choose to Research Jin Xing?

I first saw Jin Xing on television with my grandma on a Chinese idol show. Though I could not understand what she was saying, I remember noting her confidence and her ability to make the audience laugh. When I researched her, there were many moments that made me think, “Wow I can’t believe she did that!”, whether it was being ranked the number one male dancer in China, mastering dance and acrobatics, or becoming a famous talk show host, in addition to undergoing the difficult process of gender reassignment surgery. Her story is a wonderful combination of staying true to oneself and embracing self-expression while also respecting traditional upbringings.

Rahman, Abid. “Meet the Oprah of China, Who Happens to Be Transgender.” The Hollywood Reporter, Prometheus Global Media, 1 Nov. 2016, www.hollywoodreporter.com/features/meet-oprah-china-who-happens-be-transgender-942750.